Aside from the critical recognition, fans also loved watching the supernatural horror series due to its bone-chilling content. Unlike the usual series with a continuous plot every season, the “American Horror Story” features a different theme in every installment. This series is also unique since it keeps several key actors and let them take on different roles every season.

Due to the success of the show, the major cast members of the show already earned tons of money from appearing on the series and other acting projects. Here is a list of all the richest “American Horror Story” cast members and their ranking according to their net worth.

Paulson was part of the first season of AHS. She made a mark when she portrayed the role of conjoined twins Bette and Dot Tattler in season 4 called “Freak Show,” where she won the Best Supporting Actress in a Movie or Miniseries from Critics Choice Television Awards.

Apart from her AHS stint, Paulson also earned riches from appearing in other series like “The People v. O. J. Simpson: American Crime Story” and films like “12 Years A Slave.”

Dylan McDermott was part of the original AHS cast when he portrayed the role of psychiatrist-turned-ghost Ben Harmon in “American Horror Story: Murder House” in 2011. But he continued to play small roles in various seasons of the anthology.

Besides his TV shows, McDermott amassed his riches from appearing in blockbuster movies, including “Perks of Being A Wallflower.”

Lange appeared in the first four seasons of AHS, but her most remarkable role was in “American Horror Story 3: Coven,” where she portrayed the role of the Supreme Witch named Fiona Goode.

She took a break from the anthology after season 4, but reprised her role as Constance Langdon from season 1 in “American Horror Story: Apocalypse.”

The award-winning actress may have joined the series late in the game, but she still portrayed some of the most memorable roles in the horror anthology.

Her most critically-acclaimed work in the series is her role as actress Ramona Royale in “American Horror Story: Hotel.” 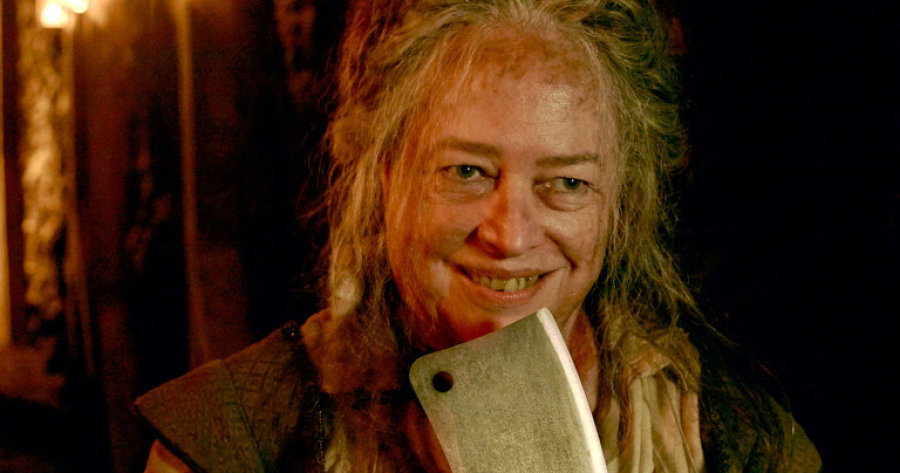 Kathy Bates tops the list of the richest cast member of “American Horror Story” based on net worth.

Bates is the highest-earning cast member of AHS due to her numerous award-winning film and TV projects.

She managed to earn her Oscars Best Actress for her role in the 1991 movie “Misery,” but “AHS: Coven” earned her a second Emmy Awards. She is expected to appear in the show’s upcoming installment.