An online shop that sells several extremely affordable engagement rings has plenty of customers – but it has quite a number of bashers as well.

Keep reading below to take a look at the low-priced gems to see for yourself.

For most people, finding love is one of their greatest dreams. But the constant search will make you believe that it is impossible to find your match.

Dating can also be complicated. You might have to go through several relationships to finally find “the one.” But as soon as you find the person, it will make you forget every heartbreak that you endured in the past.

It also feels good to have someone with who you can share some hugs and kisses all the time. It is one of the sweetest feelings in the world.

Because of these awesome feelings, many couples choose to take their relationship to another level. They would ask for the other person’s hand in marriage to show that they are really serious about their love.

Plenty of people include marriage in their goals in life. Women, specifically, dreams of being married to the love of their lives. Their marriage fantasy begins with their dream proposal. It may cause plenty of pressure for men.

If the proposal goes well, it will set the mood for their wedding planning. It may even set the trend for the couple’s married life. It is the reason why men started to take their proposals as a big deal.

Nowadays, the proposals may involve more than the couple. Some even make the even public due to the grand gestures.

One of the most crucial parts of the engagement is the engagement ring. It is considered a tangible symbol of a person’s commitment to their beloved. For some people, the ring could make or break the deal. Some recipients are concerned about the size of the diamond featured in the ring.

The jewel also becomes a status symbol. If you are given a ring with a huge diamond in the middle, you will instantly feel that the person’s love for you is priceless. 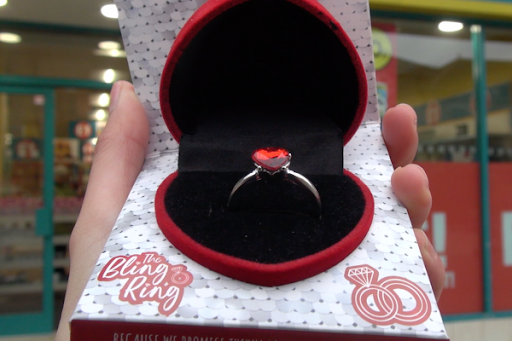 Netizens are divided about the engagement rings sold by British bargain retailer Poundland worth a little over a dollar.

But recently, a UK-based online retailer called Poundland took the Internet by storm after releasing an engagement ring line worth £1 ($1.35).

Some people are skeptical about the idea. Based on their reactions online, they are not happy with the thought that a person would be stingy on an essential symbol of love. According to one commenter, it would be better to spend £30 on a sterling silver ring than the store offered.

Meanwhile, others could not find anything wrong with affordable engagement rings. They believe that price does not matter, as long as they love the person that asked them for marriage. According to them, no one deserves to be married if they are only concerned about the cost of the ring?

For its price, the rings sold by Poundland look decent enough for a proposal. It can be a good alternative if you want something more practical.

In this article:engagement rings, Poundland