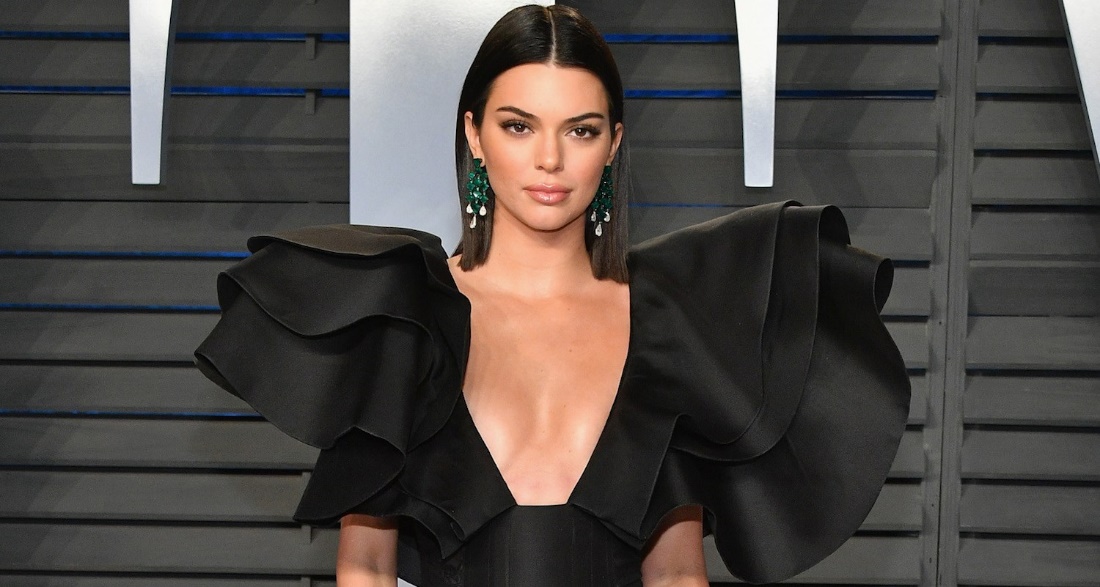 The Kardashians and Jenners always seem to be under the spotlight for some reason or other, and this time around, it’s none other than Kendall Jenner and her fake engagement news making headlines!

Kendall has generally been quite private and quiet about her relationships so this news was surely extremely surprising for everyone and it certainly wouldn’t be out of character for her to hide such a major update from her family, except that it was fake so everything’s good.

Kendall Jenner and Kourtney Kardashian were playing a hilarious game of Truth or Dare last week in the closing ceremony of the Poosh Your Wellness virtual festival while enjoying delicious drinks from Jenner’s 818 Tequila brand. The game begin things like sharing their strangest food combinations so they got off on an easy start until Kourtney dared Kendall to tell her family that she was engaged on the family group chat.

Considering the fact that she has been dating NBA star Devin Booker for a while now, it was a believable piece of news.

Kendall responded by saying, “Oh my God! But it’s believable so I will do it.”

Kendall borrowed a ring from someone on set to help with the prank. She took a photo of her hand and sent it on the family group, which immediately followed by a call from her sister Kylie.

“You’re lying,” she said while noting that one of the biggest giveaways about the ring was its size, and she added that the ring “doesn’t fit you.”

Kourtney responded by saying, “Well, it needs to be sized.” before Kendall hung up on Kylie to answer a call from Kim Kardashian, who didn’t really believe the engagement news either.

But by the time Khloé called, Kendall had given up on the prank and immediately filled her sister in on what was going on.

“That’s so stupid, why would you do that to us?” said the Good American founder, to which Kourtney responded, saying, “Well, at least we know you guys will be excited when the day comes.”

Khloé then said, “I was so excited. I was just disappointed it was a little big on your finger. I was like, ‘He couldn’t have gotten the size right?’”

Kendall was first associated with Booker in April 2020, but the couple didn’t become official on Instagram until February. While they’re definitely in loving, a committed relationship, it was found out that Kendall “likes the pace at which things are going.”

Alongside that, resources also say that the two “care about one another immensely, but it’s not like they will be getting engaged any time soon.”

Kendall may be particularly private about her relationships and love life, but from the looks of her relationship with Booker, it seems like the two of them have something really special and amazing going on.

Whenever they do get engaged, it will certainly be a true moment of celebration not just for their families but also for all their fans and followers!