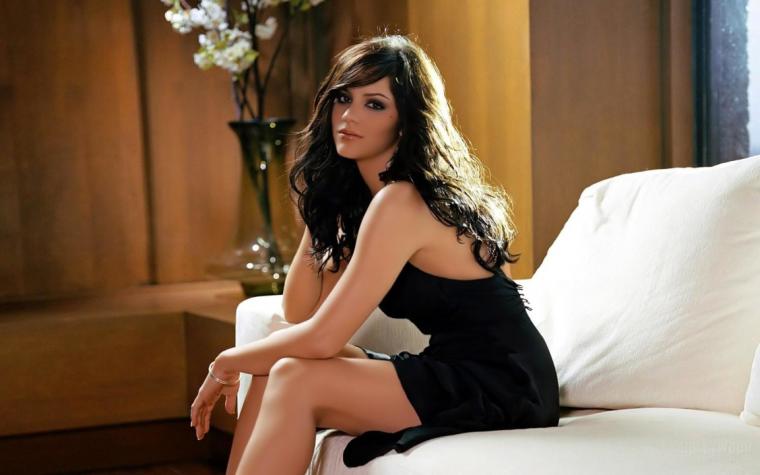 Katherine McPhee, best known as the runner-up on American Idol’s fifth season, is a new mom who welcomed her son Rennie David with her husband David Foster this year in February.

As a new mom, Katherine has already started feeling super comfortable and was reported to have said that, “It just feels so natural,” she said. “I’ve had a really good baby; he’s been so good. I’m so in love!”

While the 37-year old American actress has been enjoying her new journey of Motherhood, she was recently seen supporting her stepdaughter Sara Foster’s new swimwear collection as she donned a one-piece swimsuit exactly one month after giving birth.

She uploaded a selfie on her Instagram story as she modeled the terrific piece from Foster’s new collection with the caption, “Best one piece I’ve ever tried. Usually, it’s cut too low and the torso isn’t long enough – straps are adjustable. So comfortable! You nail it@SaraFoster.”

Foster reposted the photo on her own Instagram story with the caption, “Had a baby a month ago. Wtf!”

Foster also sent gifts for the newborn, which McPhee showed off on her Stories, saying, “These matching bathing suits for the whole family — I’m crazy about it. Thank you so much for sending it, because I was really hoping I’d get something!”

This cute conversation between stepmother and stepdaughter, as well as the fact that McPhee showed public support for Foster’s new collection simply goes to show the level of camaraderie, love and trust they both have between them.

McPhee married husband Foster back in June 2019 and made the American Idol season 5 runner-up stepmom to his five daughters that include Jordan, Amy, Allison, Sara and Erin.

Sometime earlier after giving birth, McPhee posed for a mirror selfie in a one-shoulder, high-rise bikini where she captioned, “Loving my curves because my baby gave them to me,” the singer said as she took a mirror selfie.”

Erin once joked in an interview sometime last year where she said, “Our biggest issue with [Katharine] is how hot she is. Her body is insane. When she comes over for family Sundays, I’m like, ‘Do not get in a bikini.’”

Sara Foster made her first entrance into swimwear after teaming up with a popular female-founded brand called ‘Summersalt.’ This team-up led to the launch of an adorable line of bathing suits that were designed for the entire family. The idea behind the collection was for her to be able to match with her girls on the beach.

She once said in an interview, “It was important to me to represent an entire family, whatever that looks like for you. After all, we need to take advantage of matching with our kids as long as they let us.”

All in all, we can say one thing for sure – the relationship between the stepmom and step-children seems to be full of love and fun, given all the recent events!