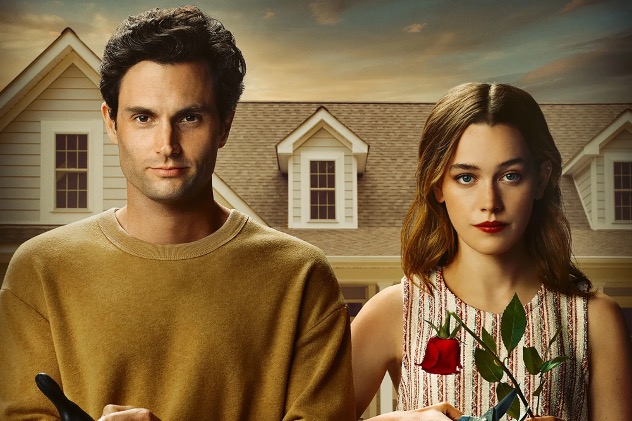 Here’s a fun fact for you: did you know some of your favorite series that you’ve grown to love and call an addiction aren’t original series but based on some of the best-selling books? Yes, you might have missed this fact as you were too busy binge-watching them like crazy.

Such series were originally conceptualized by writers trying to make a living for themselves by selling those stories to the public via books. And hey, it worked – those stories did so well that they took channel heads’ and TV producers’ notice and were successfully transformed into screenplays.

Let’s see how many such series’ are based on books.

Netflix’s latest addition to its list of thrillers is also based on a series of novels by Caroline Kepnes. You is about a young man who obsesses over his lovers and stalks them, but the stalking becomes deadly as some people find their lives on the line. Starring Penn Badgley in the titular role, You has become an addiction for many as the series’ unpredictable storylines are always something the audience never see coming.

This probably isn’t a surprise, but Game of Thrones is based on a series of books written by George R. R. Martin. The books quickly became popular, selling out each release. And nonetheless, when HBO made the books into a series, it quickly became the most-watched television show to date. Game of Thrones has won many accolades for its actors’ great performances, thrilling storylines, and impeccable direction. The series ended two years ago but is still loved by the audiences.

Everybody loves a good spooky vampire flick, and The Vampire Diaries is no less. Written by L.J. Smith, this franchise quickly became a hit amongst young readers as it had all elements of teen thrill and romance. Developing it into a TV series was a smart idea as the series did even better than the books. From Ian Somerhalder’s bouldering looks to Nina Dobrev’s sweet charm, they soon became beloved characters, and the series itself got a lot of acclaim for its enthralling storytelling.

Who wouldn’t love to watch Henry Cavil in ice blonde hair and a monster hunter costume? Thanks to Netflix, it became a possibility for Cavil’s fans when they decided to adapt it and make it into a TV series based on the novels written by Polish writer Andrzej Sapkowski. The series revolves around a monster hunter who realizes that the humans in his life are worse than the monsters he kills. Netflix released the second season of the series in Decemeber 2021.

This franchise deals with a dystopian world where only a few women can bear children and are forced to become handmaids for women who can’t. Sounds interesting, doesn’t it? Well, that’s Margaret Atwood for you, ladies and gentlemen. This Canadian writer is known to publish stories that are out of the box and ahead of their time. Originally published in 1985, The Handmaid’s Tale was later developed into a television series and has been loved ever since by the audience (especially women). Some of the series’ themes are human rights, women’s rights, power, control, and strength.

In this article:based on books, Featured, Netflix, TV, TV series