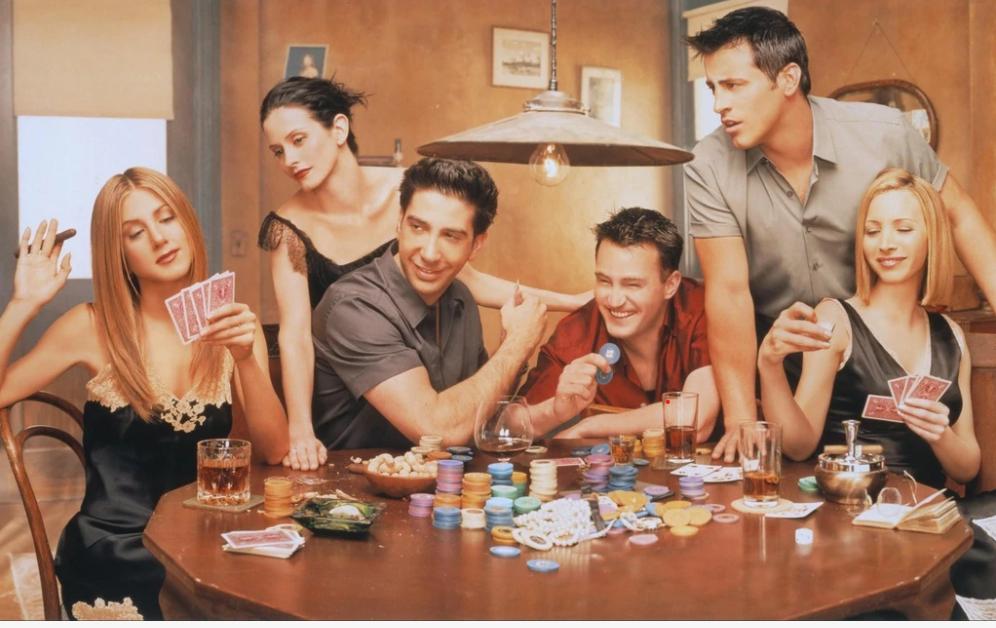 For years people from all over the world have loved and adored this classic TV sitcom.  The one based on six friends’ lives as they live out their 20s while navigating careers, love lives, and much more. Yes, you guessed it right, we’re talking about the infamous show, Friends.

Friends has been a hit ever since its release back in the mid-90s and has enjoyed a severely loyal fan base ever since. It’s simply a classic. Not only is it relevant for people who grew up with this golden TV show, but millennials of today call it their favorite as well.

So, what makes Friends such an iconic show? Let’s find out.

Friends revolves around six friends, who, unique in their own way, have provided bursts of laughter through their antics. Whether it’s Monica and her OCD for cleanliness, or Ross, who’s just stuck in the most awkward situations. From Chandler’s lack of macho suave that prevents him from getting famous amongst the ladies to Joey, a TV star whose lack of sensibility proves to be a setback in his way to get famous. These characters including the eccentric Phoebe and sweetheart of the group Rachel, have brought smiles to people’s faces episode by episode.

What makes a show a hit is how much the audience can relate to it. Filmed in front of a live audience, Friends has time after time portrayed story arcs that aren’t only entertaining to the core, but highly relatable as well. From their dramatically typical breakups that people ordinarily go through from problems with their bosses at work that others normally also face in their daily life, these instances make the audience want to watch it more and more. Can we be any more correct?

3. “Friends” was Ahead of its Time

Friends has always been ahead of the pack, even when television content wasn’t as open as it is now. Back in the 90s, anything overly scandalous was either censored or completely taken off the air. However, with Friends, it was different. For example, portraying same-sex marriage in the 90s was a big deal, yet the producers and writers normalized it and were met with acclaim. Same is the case with showcasing surrogacy and adoption – the cast and crew conveyed messages that were otherwise not very well communicated back then.

Sitcoms are usually responsible for showcasing hilarious situations, ensuing in fits of laughter amongst the masses. So has been the case with Friends, however, with the added element of infusing heartwarming moments that are bound to make one teary-eyed with joy. How can we not talk about Chandler’s big proposal to Monica here! From the candlelight setting to their beautiful speeches about how much they love each other. Excuse us while we go get some tissues!

Have you fantasized about dancing around a fountain in the middle of the night with your best buds too or is it just us? Who can forget the ever-amazing opening credits of this legendary show? The lyrics are so catchy that you might just find yourself humming it and not even realizing it. “Your job’s a joke, you’re broke, your love life’s DOA.” Come on now, classic and relatable for every era. Wouldn’t you agree?