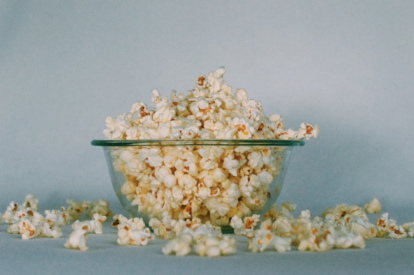 The Global Pandemic surely hit the world like a ton of bricks. Nobody saw it coming, and nobody sure-shot knew their lives were going to alter in such a drastic way.  With nothing else to do, we were surely all looking for good movies to watch during lockdown. Staying at home has been quite the challenge for most, as we literally couldn’t go anywhere with the whole world being shut down.

In such a tough phase, we turned to art and cinema. All of us have a whole list of our favorite movies to watch, and re-watching them, or even watching them for the first time, was the only thing that was keeping us afloat while in lockdown. Here is a list of movies that should be on your list while quarantining.

Based on the book by Stephen King, The Shining, shows a writer moving into a hotel in the hopes of curing his writer’s block. Together with his wife and son, the family starts feeling paranormal activities happening around them. What adds to the haunting is when Danny, the son, starts getting disturbing and dark psychic premonitions. How the writer turns homicidal and starts to terrorize his own family forms the crux of the story. Brilliantly directed by Stanley Kubrick, give The Shining a watch if you’re a sucker for the horror genre.

The Godfather is a series of crime films inspired by a best-selling novel of the same name. The series consists of three sequels, with each part focusing on a different crime. The Godfather is considered a cult classic by now. The plot revolves around Don Vito Corleone – the head of an Italian – American mob family. With Don’s youngest son joining the family business, he experiences a lot of violence and betrayal as he gets more sucked into the dark business of crime. The Godfather won big at the 45th Academy Awards, taking home the trophy for “Best Picture” and “Best Actor” for Marlon Brando. Do give the trilogy a watch if you’re looking for a mind-blowing plot and action movie during lockdown.

The Marvel Cinematic Universe or MCU is known to make superheroes come to life. Endgame is an MCU film that promises a great story with jam-packed action sequences. Thriving on its almost-real graphics, Endgame serves as the finale to The Avengers series. If you’re a Marvel fan, you must’ve already seen all its films to catch up on what your favorite superheroes are up to. However, do give Endgame a watch as it’s enthralling to the core and keeps you hooked throughout its almost three-hour run. Not only does it have great performances, but it also is a real tear-jerker. Go and watch it before we give you any further spoilers.

When Harry Met Sally, the perfect romantic comedy, is a classic if you’re looking for some light-hearted, feel-good romance. The main plot deals with college graduates Harry and Sally as they first argue if men and women can just be friends. The film jumps forward and explores both the leads’ love lives or, in fact, the lack of it. We’d suggest you add this rom-com to your list of movies if you’re looking for something cute and comfy.

Advertisement. Scroll to continue reading.
In this article:Featured, films, lockdown, Movies, movies to watch during the lockdown