Everyone knows about Prince Harry and Princess Meghan moving away from their responsibilities as royals. They have stepped down from their royal responsibilities because of the “toxicity” they experienced as royal family members and as a couple. Most especially, Meghan received the most hate because of how she was not of royal blood and that she “destroyed the royal family.”

That was more than enough for them to decide to move away from the royal family and decided to live in Los Angeles. Even if he was not part of the royal family, he still did charity work such as delivering food to residents who were hit during the Covid-19 pandemic and creating Archewell, a foundation aimed at performing non-profit efforts and creative media ventures. 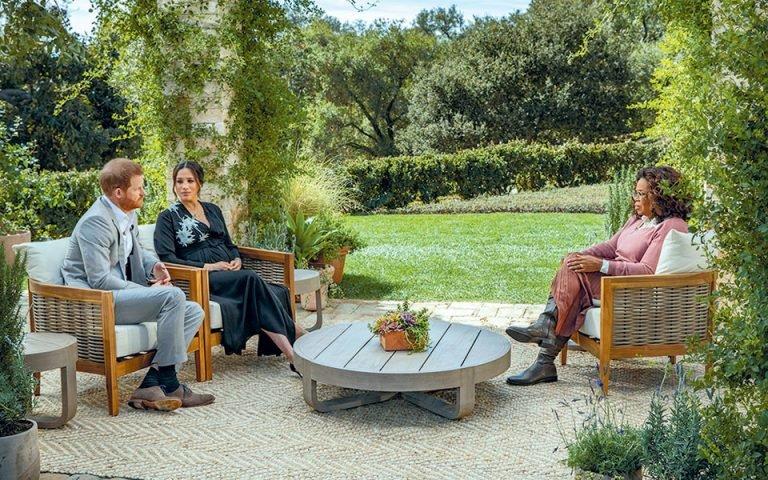 Harry, Meghan, and Oprah in an interview.

If you are a subscriber of James Corden, you may have seen the video about James picking up Harry at a bus stop. During the interview, James brought a cart filled with teapots that he served to Harry. However, the bus suddenly stopped and caused Harry’s tea to spill on himself and the seat.

While James Corden may have given a light-hearted interview with Harry, Oprah will try to approach the subject a bit more seriously. It is one of today’s most anticipated interviews, especially when viewers were given a teaser about Harry and Meghan sitting down and talking with Oprah Winfrey.

One Youtube clip had the caption “It Has Been Unbelievably Tough,” where Harry compared Meghan’s life with his mother, Princess Diana, since she had no one else at that time. He said that statement because Princess Diana had received hate from the public because of her divorce from Prince Charles due to incompatibility and extramarital affairs and many other things.

The clip showed that Harry was the one talking to Oprah, while Meghan sat down beside him, sitting quietly and holding her baby bump. Everyone thought that Meghan was trying to hold her emotions because of the toxicity and trauma she experienced during her time spent being a princess. The interview became more interesting because of the dramatic music and tight editing, signifying that the interview will bring about undisclosed information. There was even a portion in the teaser saying that he feared “history was repeating itself” before the couple decided to step back as part of the royal family.

The US interview will be available to watch on March 7th, and no tentative dates are available for viewers in the UK.