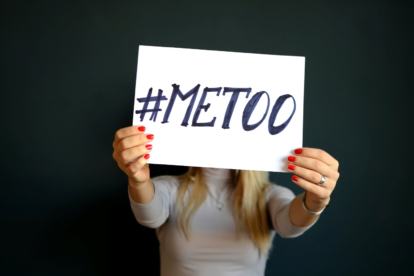 For many years, predators – disguised as humans, have been preying on their victims based on powerplay and control. These attackers have been assaulting people – more specifically, women, who they have been abusing and harassing.

After taking all the abuse, years later, the #MeToo Movement came into existence. This movement shed light on these attackers and exposed how these “powerful” vultures misuse their power. It quickly became a global phenomenon as many women all across the world came out with their own stories of harassment.

But has it helped? Is the movement over? Let’s get into these questions.

How Did It Start?

The term first started floating around back in 2006 by Tarana Burke. Burke was an African-American activist who was a victim of abuse and thus started the most relevant movement of today. However, it was only eleven years later in 2017, when #MeToo became globally recognize when more and more women throughout the globe started to share their stories of abuse. Initially, the movement was based on the Hollywood film industry, but thanks to social media, women in different professions have also been voicing their harassment stories.

The Impact of #MeToo

MeToo has been going around in every country of every world, be it the film industry or any other. This movement exposed those heinous abusers who had been misusing their power since the beginning of time. Harvey Weinstein, for example, or should we say the face of the MeToo Movement, was finally arrested as a result. Many victims came forward and told their stories of how Weinstein abused them in the promise of getting them work. Approximately eighty women reported sexual abuse, spanning over thirty years from 1985 to 2015. In light of the MeToo movement, these women found power and connections as they formed a global sisterhood of sorts.

Is The #MeToo Movement Over?

Many would think that since the movement has been such a relevant and poignant driving force behind predators finally putting their sinister desires to rest, the amount of harassment might have decreased all over. However, that isn’t really the case, as hunters never stop preying. Four years have passed since #MeToo, yet new stories of harassment and new victims come forward daily. The hashtag hasn’t been put to rest, as much as we would want it to. Not that MeToo should be over, as we should always call out predators for their sick perversions. But when will the time come when nobody has to go through any sort of abuse?

The MeToo Movement helped many people (mostly women) after years of being objectified, treated as ornaments, forced into doing things they didn’t want to, and finally, harassed  like they aren’t humans. The movement has definitely led to abusers laying low as social media has been a massive tool in bringing these harasses out in the light – putting an end to their torture. However, we pray and hope that we’re able to live in a world where the powerful don’t misuse their status and any heinous crime committed doesn’t go unpunished.