There is a popular expression that “If you can’t take the heat, then get out of the kitchen,” which means that if you cannot deal with the difficulties of the situation, leave and let others deal with it. Ted Cruz must have had this proverb in mind as he decided to leave the State of Texas with his family to go to Cancun, Mexico, for a vacation. However, instead of leaving the heat, Ted Cruz is leaving the extreme cold weather gripping the State of Texas at the moment.

There is nothing wrong with an average person traveling to a warmer place to avoid Texas’s harsh cold conditions. However, Ted Cruz is not your ordinary average person. He is the current elected Senator of the State of Texas, which means that he represents the people of Texas in the higher U.S. Government. A U.S. State Senator’s job is to keep the interests of his constituents in heart and make sure that his people are well-taken care of. So, when a cold spell has taken over the whole of Texas and Texans are suffering from power outages resulting in their homes being frozen, Ted Cruz must be hands-on in addressing the situation.

In February, most of the United States and Canada were blanketed by a cold spill coming from the Arctic Region’s melting. Texans were hit the hardest since they are not used to getting harsh winter conditions since the State is known for warm to boiling temperatures. Aside from that, numerous power plants in Texas froze over and failed to supply their subscribers’ necessary power. Because of this, the residents of Texas with no power experienced their homes being frozen due to below zero temperatures. Likewise, Texans who still have electricity in their homes are suffering from the consequences of getting billed a 10,000 spike in their power bills brought about by Texas’s refusal to be part of the U.S. National Power Grid.

Likewise, Texas has a peace and order problem due to the cold crisis since people loot abandoned frozen homes. Plainclothes police officers were deployed in unmarked vehicles to arrest people who loot abandoned residences. 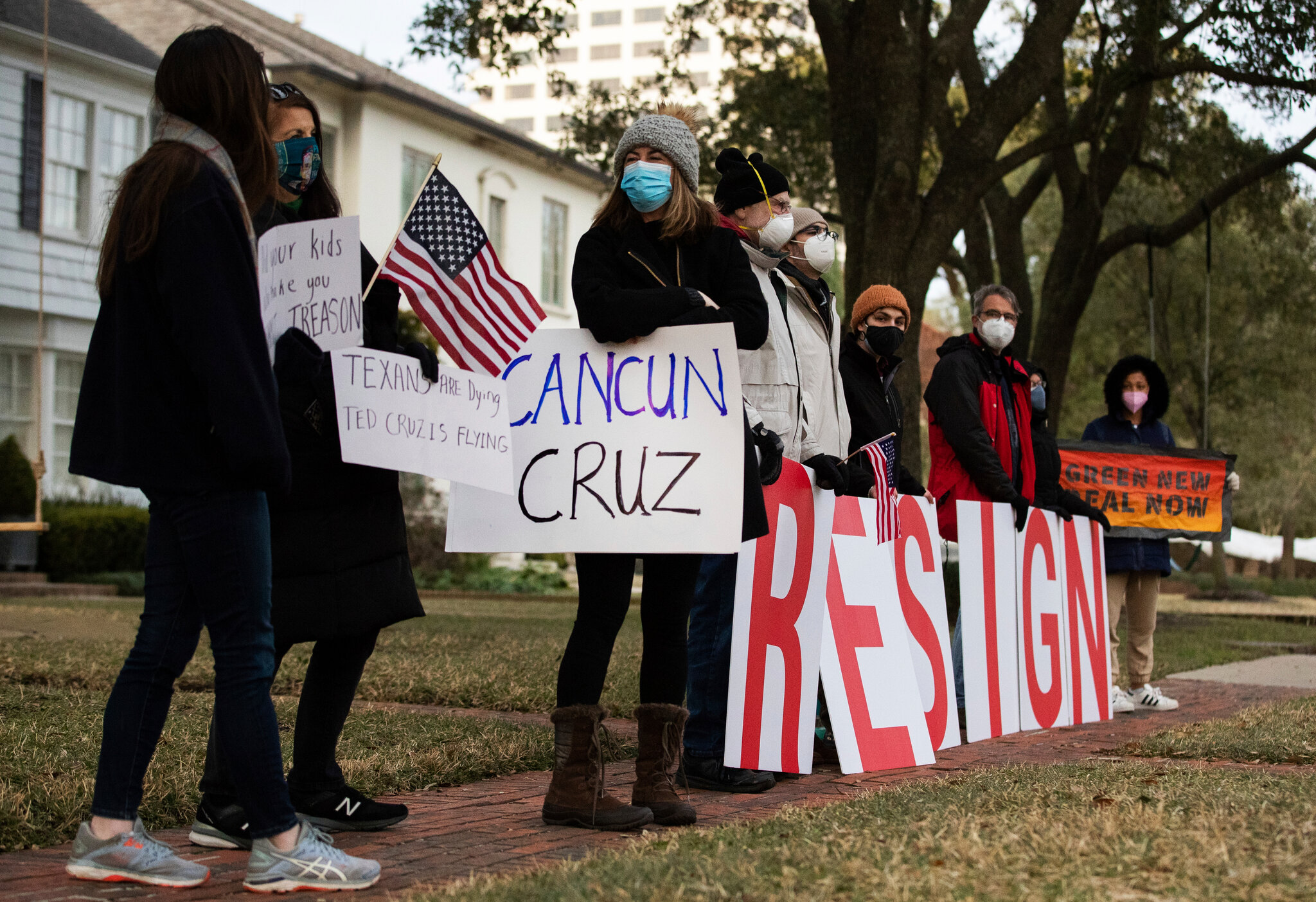 Texans are now clamoring for the resignation of the Texan Senator

Ted Cruz Admitted it Was a Mistake.

As of this article’s writing, Ted Cruz has already apologized for leaving Texas to go to Cancun during the Texas cold crisis. Cruz’s reason for leaving was to drop his wife and daughters, along with family friends, in Cancun to weather out the cold snap. Cruz intended to work remotely in Cancun, but he decided that it was a mistake and decided to fly back on the first flight back to Texas.

Ted Cruz received a lot of backlashes, with Texan constituents tweeting photos of their frozen homes to Ted Cruz. Even politicians from both the Democratic and Republican parties have expressed their disappointment and disgust on Cruz’s leaving the State for a vacation amidst the crisis. Texans are now asking Ted Cruz to resign as their State Representative.

In this article:Ted Cruz, Texans