Poetry is the best way to express a person’s feelings in literacy form. The art form has evolved throughout the years, and many poets made their mark in the poetry industry. You have well-known names such as William Shakespeare, Robert Frost, Edgar Allan Poe, Langston Hughes, and Allen Ginsberg, to name a few.

Out of the many famous poets, one poet is currently getting hype even for non-poets, and her name is Maya Angelou. Most people know her as a civil rights activist, poet, and an award-winning author for her 1969 memoir, “I Know Why Caged Bird Sings.” She also had several essay and poetry collections that people still read and take inspiration from today.

Her sudden spike in popularity today is because the famous toy company Mattel decided to make a Barbie doll based on her likenesses. They are best known as the largest toy makers worldwide, and its products include Fisher-Price, Thomas and Friends toys, Hot Wheels, Matchbox cars, Polly Pocket Dolls, and the Barbie Doll.

Seven years after Maya Angelou’s death, Mattel decided to pay tribute to her by creating a Barbie Doll. On Thursday of January 14, 2021, the company announced that they would be creating a Maya Angelou barbie doll to be included in the Barbie’s Inspiring Women Series. It is a series of notable real-life women who encourage the youth to dream big.

Maya Angelou’s barbie doll is decorated in a long floral print dress with a beautiful head wrap to match it. You can also see the doll holding a miniature replica of her 1969 memoirs, “I Know Why the Caged Bird Sings.” It also has other accessories such as earrings, bracelets, a watch, a ring, and a doll stand to use for display purposes.

This Barbie Doll is trying to differentiate itself from the usual blonde-haired dolls that most people are accustomed to. Mattel recently released the Maya Angelou Barbie Doll and is selling for a retail price of $29.99. Ever since it was released, the doll has sold out, and a few customers are still waiting to buy it from Mattel’s website. 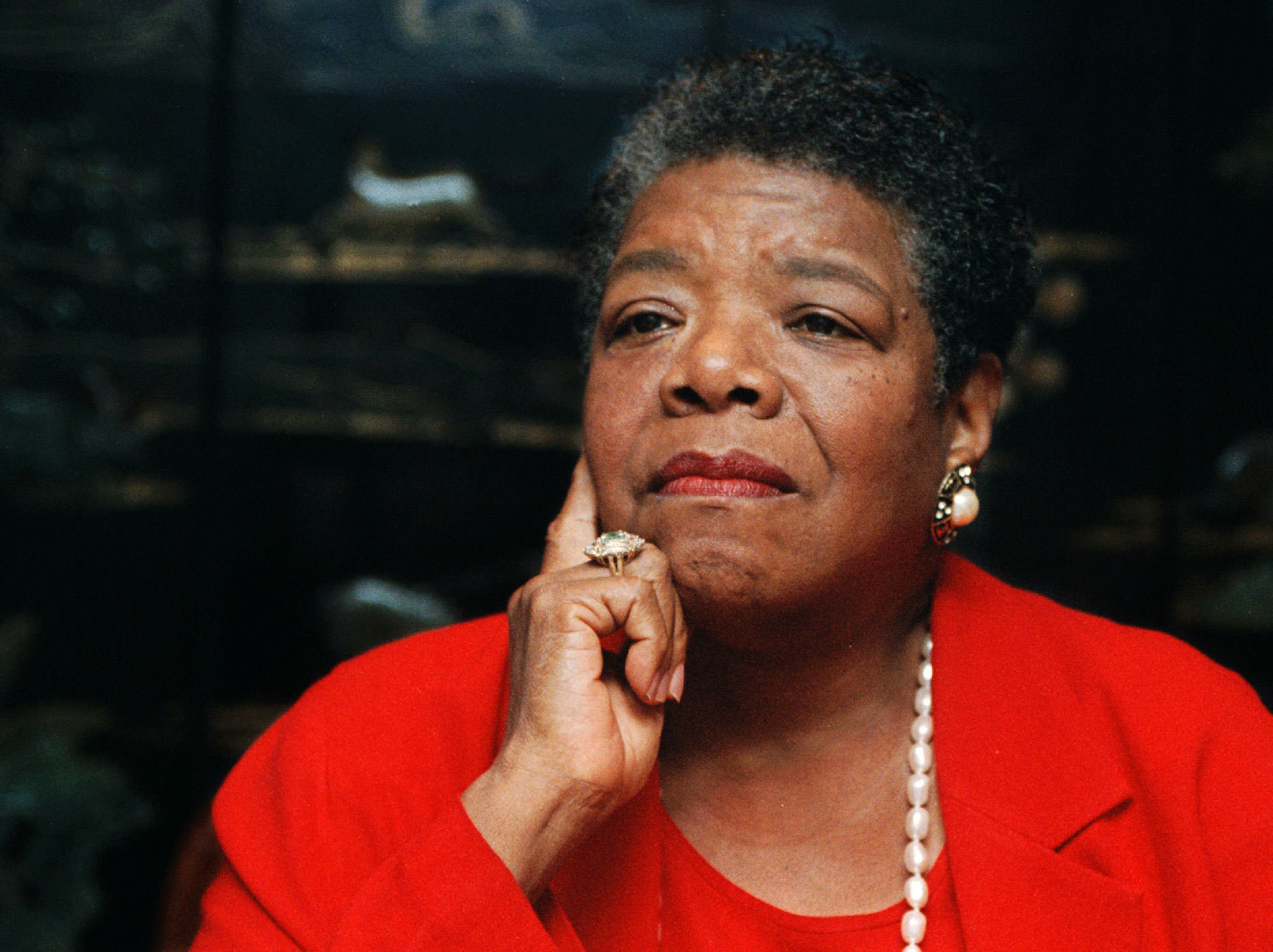 Maya Angelou posing for the photo done by the Associated Press

Maya Angelou is not the only woman who is included in the series. You can also find other well-known names in Mattels’ Inspiring Women Series, such as Ella Fitzgerald, Florence Nightingale, Rosa Parks, Susan B. Anthony, Billie Jean King, and Sally Ride, to name a few. These women have solidified their mark in history, so it is no wonder why Mattel chose them to be a part of their Inspiring Women Series.

Courageous women who take risks to make a positive change in the world will always be remembered for their efforts and perseverance. Mattel created the first doll during Women’s History Month in 2018, and they first started with Frida Kahlo, Amelia Earnhart, and Katherine Johnson. Heroines are never born but are made, as the saying goes.