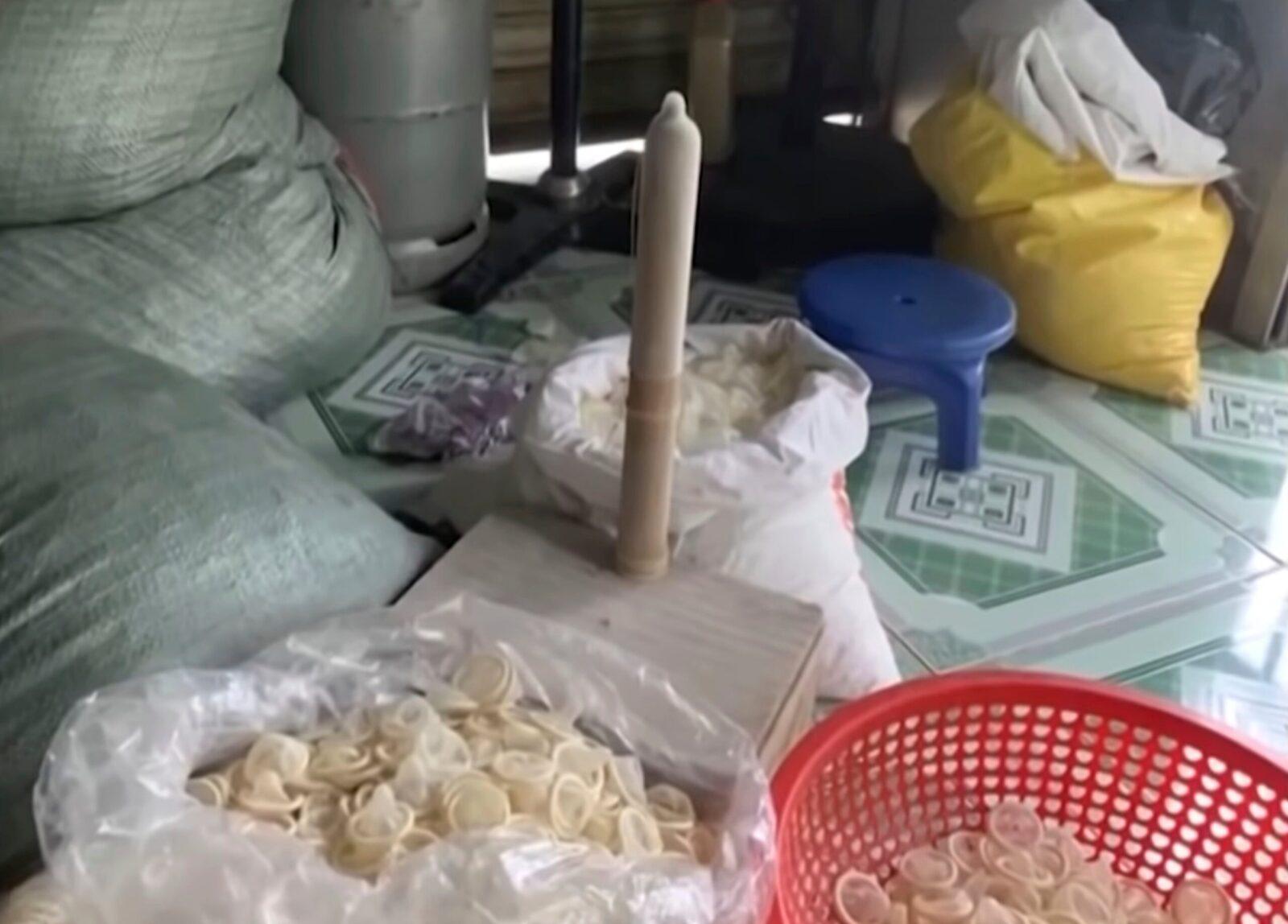 The Vietnam police confiscated around 345,000 used condoms in an operation, and found that  these “love-gloves” have been cleaned and slated to be resold. The state media also reported that some of the so-called sanitized goods have already been bought, with a few still out in the market up for sale.

This week, video footage from the state-owned Vietnam Television (VTV) showed hundreds of large plastic containers containing used contraceptives, which no one dared touch without gloves. They may have been cleaned, but one can be sure that these cannot be sanitized completely.

The plastic bags were found strewn all over a large warehouse located in the southern province of Bihn Duong. The police weighed each confiscated container, and the total weight amounted to more than 360 kilograms or 794 pounds. Police estimated that there are 345,000 condoms in their possession. With such an astounding number, it could also say something about the level of sexual activity that had taken place in the area!

From The Horse’s Mouth

According to Tuoi Tre, a state-owned newspaper, the owner of the warehouse made an interesting statement. According to the horse’s mouth, they received a monthly delivery of used condoms. He said that the source is unknown, and refused to make any further statements.

A woman who was detained during the police bust told the officers their detailed process of cleaning the condoms. They used prophylactics which they boiled in water. Then they dumped the used condoms inside the heated water to sanitize them. Each piece is then reshaped on their own signature makeshift wooden phallus. After the whole process, the so-called clean and disinfected condoms are packaged and resold.

In spite of all their trouble going through used condoms and exposing themselves to health hazards, the incarcerated woman shared that she only received a paltry 17 cents (USD) for every kilogram of these reused condoms that she sanitized and repacked. VTV tried to verify how many of the recycled condoms have been sold or are still being sold in the market. Unfortunately, neither the girl nor the warehouse owners are available for comment.

It is clear that this illegal operation has severe ramifications on the health of the people who will potentially use the condoms. For one, the protective barrier is certainly compromised. With heat, the condoms can leak sperm, causing pregnancy. The worst-case scenario is this can also lead to sexually transmitted diseases for both parties involved.

Right now, it is not clear which brands are impacted because the police nor the state-owned media did not release what brand name these used condoms are resold and packaged as. For the protection of people in Vietnam, it is best to go for reputable condom brands produced by large manufacturers. When it comes to safety and health, paying a premium is the better choice than to suffer a lifetime of regret due to a faulty condom.