Meghan Markle became the talk of the town after appearing with her husband, Prince Harry, in a tell-all interview with Oprah Winfrey. In the interview, the Duke and Duchess of Sussex talked about her life with the royal family and all the difficulties she had to endure because of the British media.

The couple had long since stepped back from their roles as members of the British royal family. They announced their decision to build a life traveling between the UK and the US to give their child a “normal upbringing” in January 2020. But it was only in February 2021 when they officially confirmed that they would no longer return to fulfill their public duties completely as working members of the royal family. It reportedly saddened the British monarchy, particularly Harry’s grandmother, Queen Elizabeth II. 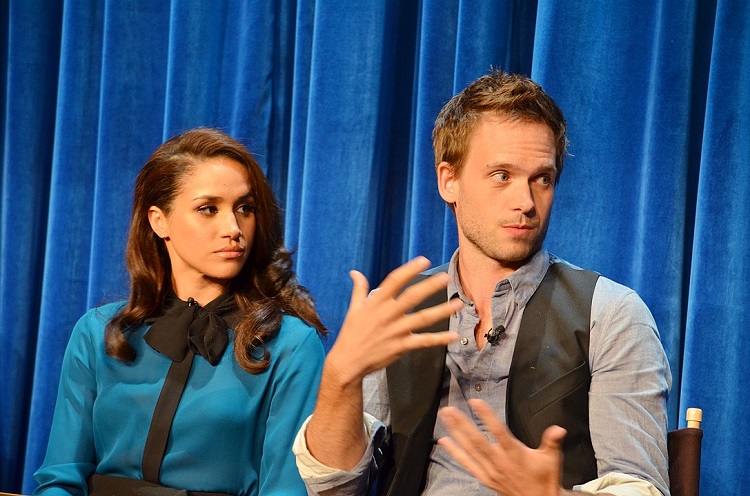 A statement has been released from the Palace, saying that all the Royal patronages and the honorary military appointments of the couple will be returned to the Queen before getting redistributed to the other working members of the royal family.

The announcement triggered a massive media storm, especially from the public. Some claimed that the royal family lost a great deal with Harry and Meghan’s exit.

The couple chose to maintain their silence and live a private life with their one-year-old son Archie and another baby on the way, until Prince Harry granted an interview with his friend, James Corden.

In the interview, Harry explained that he never walked away from his family. Instead, he decided to “step back “because of the toxic British press destroying his mental health. The Duke of Sussex said that he had to get away from it all like what any normal husband and father would choose to do. However, he will continue his public service anywhere he is in the world.

He also said that his wife, a former actress, also understood his life and supported his advocacies. They will continue bringing compassion and make more people happy in any way that they can.

Aside from his interview with Corden, Harry also granted Oprah Winfrey another interview aired on CBS. This time, he was joined by his pregnant wife.

The network showed short snippets of the conversations throughout the week. It got people talking, especially those who were enraged by the harassment and abuses that Meghan endured as part of the royal family.

One of the people who did not hold back in his words was Meghan’s friend and former “Suits” co-star, Patrick J. Adams. He turned to Twitter to slam the royal family for allowing the British press to launch multiple slanderous, racial attacks against her.

Adams, who portrayed the Duchess’ love interest in the legal drama series, also demanded to stop berating and tormenting her.

Meghan and Harry’s Oprah interview continued to be a controversial subject several hours after its broadcast. The couple shed light on the real reasons why they need to get away from the toxic life as part of the British royal family.