The election fever remains at its peak as the waiting game for the results continue. Here are all the key details you need to know from the most recent events this week – including John McCain’s 12-year-old concession speech that became viral for a jaw-dropping reason…

We are now on the fourth day after the 2020 election.

This year’s election can be considered the most divisive one in recent history with the historic voter’s turnout. The prolonged waiting made most citizens anxious, and tensions continue to rise across the nation.

The results of the election are starting to get finalized…

At the moment, the race to 270 favors Democratic candidate Joe Biden. He currently leads the electoral college with 264 electoral votes, while incumbent President and Republican bet Donald Trump have 214 votes.

The results in battleground states are yet to come out as the voting in these areas continues.

The contest is still up in Nevada, Arizona, North Carolina, Georgia, and Pennsylvania.

As the country anxiously waits for the results, let us do a recap about the recent turn of events…

Because of Trump’s declaration early this week to “stop the vote,” his supporters went to the counting center to interrupt the process.

The security personnel of the counting center refused the entrance of more poll watchers inside the counting room. It prompted the Republican supporters to believe that stopping them from going inside will make the Democratic supporters dominate the area. But other people in the group found out that the Democrats are also barred from entering the center.

Since Biden is leading, his home in Wilmington and another city in Delaware became a no-flight area. It was marked as a “national defense airspace” for at least one day.

Trump had a rage-filled Twitter rant, ordering to “stop the count.”

In a controversial series of tweets, the US president mentioned that all votes that came in after the election day must not be counted.

Twitter noted that his rants are disputed and may be misleading.

Because of his tweets, the angry demand startled the nation.

Despite his election fraud allegations, Georgia’s Chatham County Board of Elections denied the lawsuit filed by Trump’s camp.

Michigan also followed the decision of Georgia’s court. According to the Michigan Court of Claims, Judge Cynthia Stephens denied the president’s campaign team’s legal request. She also noted that the lawsuit was submitted several hours before the final ballots were counted.

Biden, on the other hand, maintained his confidence about the results of the election.

In a short statement released in Delaware on Thursday, he said that he has no doubts that he will win once the counting process is complete.

Biden also mentioned that the first thing he would do in office is to put the US back to the Paris Climate Agreement.

It will invalidate Trump’s announcement that he will take the country off from the international climate change policy.

Trump also made his own public address by breaking his 36-hour silence.

In his controversial speech, the president almost began his speech by saying that he won the election if the country will count the legal votes, they implied that the mail-in ballots are “one-sided.”

The president also went on to mention his controversial claims that the election has been rigged.

The major news stations like MSNBC, NBS, CBS, and ABC decided to cut away from the president’s speech.

But the president went on and mentioned all the key points of his public address on Twitter, reiterating his claims that the Democrats are trying to take over the US Senate. He also insisted that he will continue his claim on the presidency.

He also mentioned that he would legally fight against all the states where Biden won.

Trump also said that he has plenty of evidence.

Biden answered Trump’s accusations that his camp cheated, saying that nobody will take away the country’s democracy. 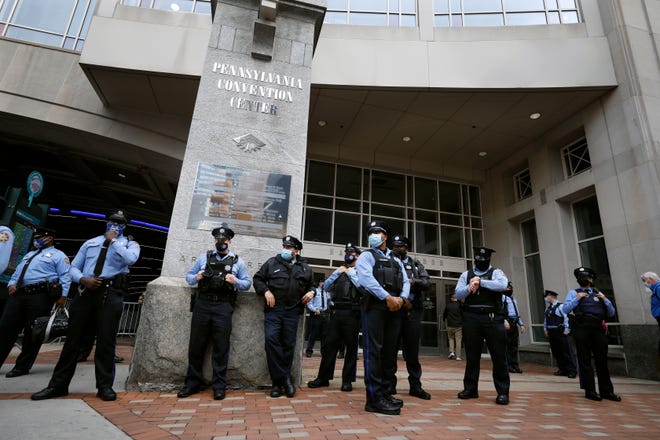 Police started investigating a suspected plot to attack the Pennsylvania Convention Center, where the state’s votes are counted.

Reports also claimed that the Secret Service is boosting the security as the nation anticipates Biden’s victory.

The Washington Post stated that Biden is scheduled to receive more Secret Service security detail as he possibly makes his victory speech in his hometown in Delaware.

At the moment, Biden was able to take away the lead in Georgia against Trump. This development was monumental since Georgia is considered a historically Red battleground state.

Pennsylvania is also expected to complete the counting sometime soon.

According to Philadelphia City Commissioner Al Schmidt, about 50,000 mail-in votes are still up for counting.

Amid the chaos, the netizens managed to discover John McCain’s concession speech in 2008…

Based on the speech, McCain humbly accepted his defeat against then-President Barack Obama. According to the netizens, McCain showed great respect for democracy.

More developments about the elections are expected to emerge soon.