Iranian social media influencer Sahar Tabar, arrested in 2019 for various charges like “blasphemy” and “corruption,” was recently freed from jail after the public outrage due to her 10-year sentence in early December.

Tabar, the 19-year-old woman born as Fatemeh Khishvand, became famous after posting pictures of herself on social media, looking like a zombie version of Hollywood actress Angelina Jolie. Other people liken her looks to Helena Bonham Carter’s character Emily in the 2005 animated film “Corpse Bride.”

The influencer was sentenced for various charges, including the corruption of young people, blasphemy, generating income using inappropriate methods, and disrespecting the Islamic Republic. She earlier pleaded to be released from detention after contracting the COVID-19 virus.

Thousands of her fans stepped forward to oppose her sentencing. Some explained that Tabar’s grim and bony appearance is a result of app filters and heavy make-up. Others connect the issue to women’s rights.

Tabar earned plenty of social media followers due to the mystery regarding her looks. Most people thought she went through all the cosmetic surgeries to look like Jolie and the Corpse Bride. But she claimed that she was not even aiming to replicate their looks. It was only a coincidence that she resembled the award-winning celebrity after going through a series of liposuction, lip fillers, and a nose job. 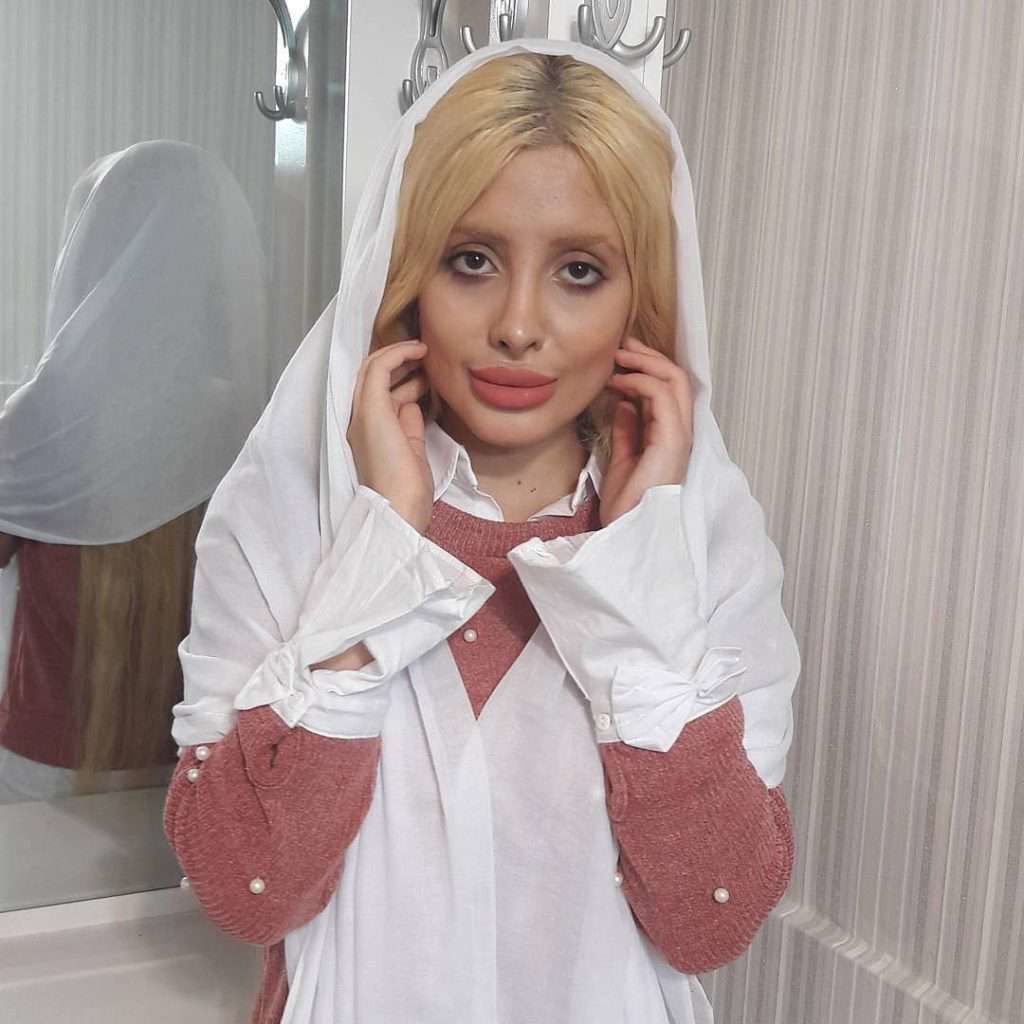 Her Instagram posts also became controversial due to her hijab. While she was seen loosely wearing hijab in most of her posts, one of her rare, unfiltered, and un-Photoshopped pictures showed her head without a hijab.

Some of her fans argue that she took the photo at home, where a hijab is not required. Others believed that she violated the Islamic state rule since posting the photo on Instagram made it public.

In a televised discussion, the BBC Global News journalist Roja Assadi talked about the Iranian government’s crackdown on Instagram influencers.

According to the journalist, Iran adopted the country’s constitutional laws on social media and online posting since there is no cyber law. She also explained that the Iranian Cyber police would continue running after people who are not complying with the Islamic code of ethics, including their choice of clothes and their behavior.

In a report posted on Medium, Kaveh Azarhoosh shed life about the dark world of the Iranian cyber police. According to the article, more than 42,000 civilians volunteered to monitor the Internet to ensure that their countrymen are strictly following the Islamic code.

It may be the reason why Sahar Tabar was singled out.

This case is not the first time that the Iranian government silenced an online celebrity.

In November 2012, the authorities arrested, tortured, and murdered blogger Sattar Beheshti. It led to a strong public outcry.

At the moment, the world is already keeping its eye on Iran and Tabar’s case. Meanwhile, the social media influencer showed her unfiltered and bare face to the public through a televised appearance on a local channel and explained that she just wanted to be famous since she was a child.