Suppose you have been following the British Royal Family for some time now. In that case, you must be aware of the strain between the relationships among its family members brought about by Harry and Meghan’s marriage. This is one of the main reasons why Harry and Meghan decided to leave their duties and responsibilities to the Royal Family to live independently.

Who is Meghan Markle?

Rachel Meghan Markle was born in 1981, in Los Angeles. Meghan is mixed-race, having an African American mother and a European American Father. Meghan became famous for her role in the American law drama “Suits,” which lasted for seven seasons from 2011 to 2017.

Meghan was married before to film producer Trevor Engelson whom she married on September 10, 2011. However, their marriage did not last long, and they filed for a no-fault divorce in 2013. Meghan started dating Prince Harry in June 2016. Their first appearance together as a couple took place in September 2017 during the Invictus Games in Toronto. In November that same year, Prince Harry announced their engagement. During this time, Meghan announced her retirement from acting and took the first steps in becoming a British Citizen.

How the British Accepted their Relationship

The relationship of Harry to Meghan was met with different viewpoints. Some lauded Prince Harry for breaking Royal traditions for marrying a biracial woman and modernizing the Royal Family, who have long had Caucasian bloodline. Others were dismayed by the wedding, claiming that Harry has tainted the Royal Family’s long tradition.

Whether one likes their marriage or not, the British have been hounding the couple and scrutinizing Meghan’s every move. Meghan, who became the Duchess of Sussex, has been placed under the British press’s microscope, who continues to monitor her every action.

Meghan was not the only one who was scrutinized continuously by the British press. Prince Harry’s moves were also being monitored. The British press has also observed that the relationship between Harry and Prince William became strained as well. British Press reported that the brothers did not speak with each other for months. 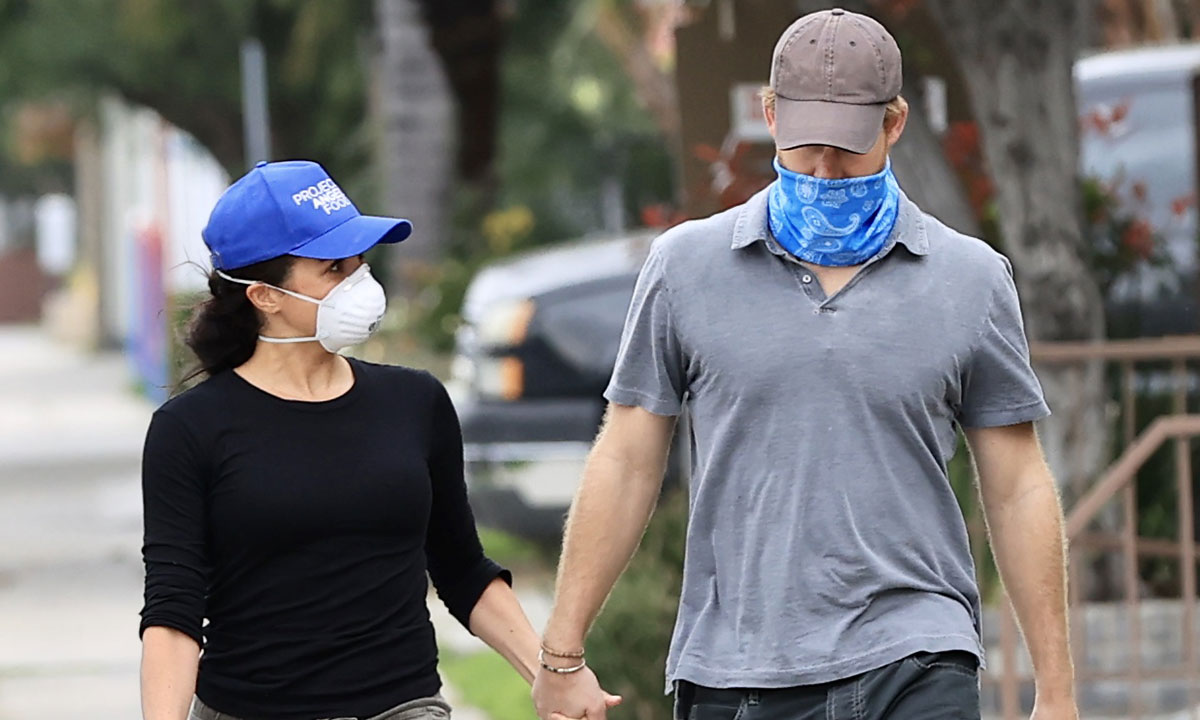 Harry and Meghan as seen walking in L.A.

This continued scrutiny in their personal lives has made the newly married Royal couple step down from working members of the Royal Family. The couple announced their plans of stepping down from Royal duties in January 2020 after announcing that they are pregnant. The couple cited that their reason for stepping down is to focus on building their family away from the limelight.

The announcement shocked the world. However, the Royal Family was more shocked since the Queen was only made aware of this decision after the announcement had already spread on social media.

As of this writing, Harry and Meghan have bought their first home in Santa Barbara and already have one child. Meghan revealed that she had a miscarriage during her second pregnancy. They are expected to produce a Netflix content in the future.