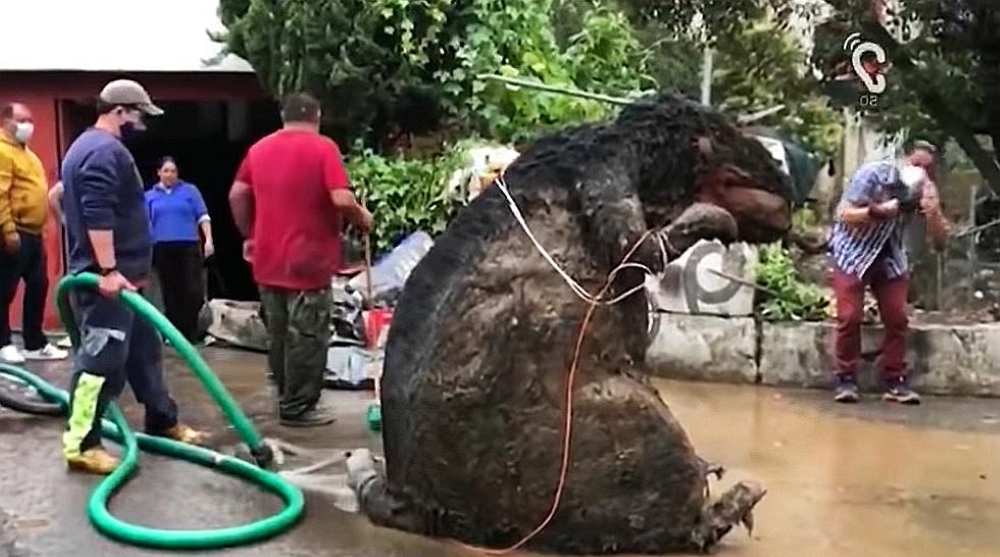 Mexico City is a long way from New York City; however, it seems that workers have discovered a “giant rat” lurking beneath its streets’ drainage sewers. This giant rat, which measures roughly 5-feet in height, is similar in size to Master Splinter; the talking mutated rat that served as a ninja mentor to four teenage mutated turtles in the movie franchise aptly named “Teenage Mutant Ninja Turtles.”.

The Teenage Mutant Ninja Turtles was a popular animation turned movie franchise. In the movies, a canister filled with radioactive isotopes flies out from the back of a government truck. The canister bounced off and smashed a bowl filled with four baby turtles, which caused them along with the radioactive smudge to fall into an open maintenance hole where a rat was also in. The five animals became mutated, turning the turtles and the rat into human-sized hero vigilantes. From then on, the rat trained the young turtles martial arts, and together they fight crime in the dead of night only to return to the sewers during the daytime.

Not Quite What You Expected

The giant rat that was discovered did not talk. It was also not a mutated ninja master. There were no turtles near it, and the rat was not even alive. So, say goodbye to having the fantasy that Master Splinter is real. It turns out that the discovered giant rat was merely a hollow rat mascot owned by an Evelin Lopez.

According to Evelin Lopez, the giant rat was originally used as a prop for Halloween several years ago and was then stored in a warehouse. However, a heavy storm washed it away, and the giant prop found itself within the city’s drainage system. Miss Lopez added that no one helped her find her missing giant rat years before, and now she was surprised to have it returned to her.

The Giant Rat Had Company, but They Were Not Turtles

The Giant Rat was not the only one that workers found in the sewers. No, it is not the turtles but twenty-two tons of litter. It was reported that the workers were clearing about 22 tons of litter when they came upon the giant rat. Clearing operations of the drainage sewer lines are part of the city’s cleanup to prevent flooding from the streets. Mexico City Mayor Claudia Sheinbaum told reporters that the rainfall they experienced last September 17 was the worst that the city had in over 20 years. Mayor Sheinbaum also added that clearing efforts were necessary to reduce flooding that has displaced numerous families from their homes and into temporary shelters.

It Comes Back Full Circle

Going back to the rat issue, Miss Lopez found it surprising that a heavy downpour several years back caused her to lose her prop and now, a heavy downpour has made it possible for the rat to be found and returned to her. With the rat returned, Miss Lopez is not sure about what to do with the prop now. Fortunately for her, Halloween is only a few weeks away.