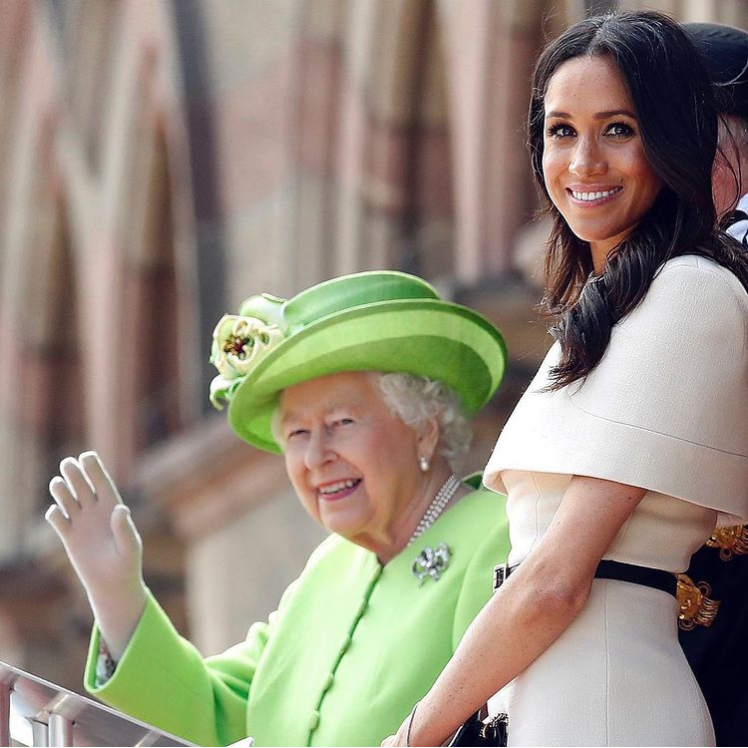 Meghan Markle with the Queen during one of their public appearances together before she and Prince Harry announced their decision to quit their royal duties.

Meghan Markle is not a stranger to controversial headlines for years. But it seems like she has been spending more time in hot water these days.

Due to the massive backlash against the Royal Family, many celebrities call on Queen Elizabeth II to apologize to Markle.

Since announcing their decision to step down as senior royals back in January 2020, the media turned a closer look into the new lives of Prince Harry and his wife, Markle. They specifically stated in their announcement that they want their son to have a “normal upbringing,” and they believed that spending time between the UK and the US would be better for their family.

The world was understandably shocked by the couple’s decision, but no one was more surprised than the Prince’s royal family.

According to reports, the Queen had no idea about Harry and Meghan’s plans and only heard about it after the couple released their statement on social media. Reports also mentioned that Harry’s relationship with his older brother, Prince William, was deeply affected due to his decisions to leave his royal duties.

The couple seemed to be having the best time in their new home in Montecito, a highly secluded neighborhood in Santa Barbara, together with their one-year-old son, Archie. Just recently, the couple announced that Meghan is pregnant with their second baby.

The couple seemed to be having the best time in their new home, together with their one-year-old son, Archie. Just recently, the couple announced that Meghan is currently pregnant with their second baby.

But despite moving across the lake and stepping down from their roles in the British royal family, the couple took another step further and announced in February 2021 that they officially decided not to return as working members of the British monarchy.

Buckingham Palace published another statement claiming that their couple’s decision saddened them, but they will remain a “much-loved” part of the family.

The Palace also clarified that Harry and Meghan’s decision to step away from making it impossible to continue their duties and responsibilities for public service. The statement also mentioned that all their Royal patronages and honorary military appointments would be returned to the Queen.

The couple chooses to go under the radar, but they broke their silence in a new interview with Oprah Winfrey to talk about their lives back at the Palace. Meghan particularly shared how difficult it was to be under the control of the people running the Palace.

Snippets from the interview triggered public outrage in Meghan’s defense, and it seems like her friends cannot stand how the British press tormented the former actress.

Her “Suits” co-star Patrick J. Adams turned to Twitter to ask the institution to stop tormenting her, while “The View” co-anchor Sunny Hostin argued that the Queen must apologize to her for the lack of protection against the toxic press.

While the Queen has not directly addressed the issue, she called for unity in her televised speech hours before the Oprah interview aired.

In this article:Duchess of Sussex, Meghan Markle, Oprah Winfrey