If you are an avid fan of animal and nature shows, you must be familiar with the celebrity icons associated with each show. In the United Kingdom, you may be familiar with Sir David Attenborough, who, at the age of 94, is still a sought-after narrator for natural history and nature shows. Another celebrity icon connected to wildlife shows is Australia’s Steve Irwin, who got popular when known as “The Crocodile Hunter”. Steve Irwin was a favorite host of wildlife television shows such as “The Crocodile Hunter Diaries”, “Croc Files”, and “New Breed Vets”. Irwin was also the co-owner and the operator of Australia Zoo, which operated in Brisbane, Queensland. The death of Steve Irwin in September 2006, due to a fatal encounter with a stingray barb, left the world in mourning of one of their favorite wildlife warriors. 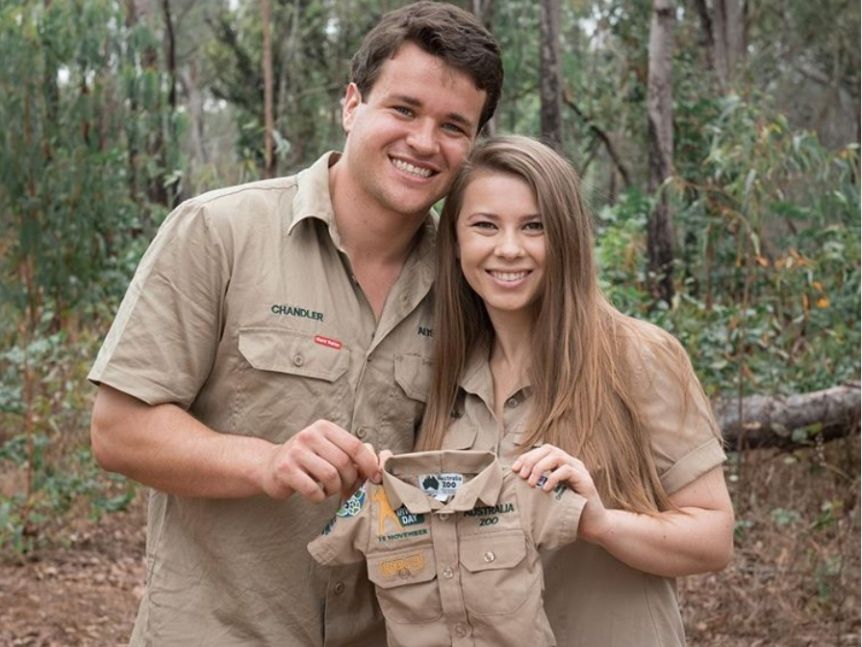 Bindi and Chandler are expecting their first daughter

During Steve’s last years of becoming a wildlife host, he included his family into the mix. Wildlife fans got to know the Irvin family, which included his wife Terri, and their two children, Bindi Sue Irwin, born in July 1998, and Robert Clarence, who was born in December 2003.

After their father’s death, the family continued with the trade, with both children running the Australian Zoo and following the footsteps of their dad Steve into becoming warriors who spoke on behalf of the wildlife.

Bindi and Her Husband

Bindi and her husband Chandler met when Chandler visited the Australian Zoo. Chandler Powell was a professional wakeboarding competitor from the U.S. when he met Bindi while visiting the Zoo where Bindi was working. The couple stayed together for eight years before they got engaged and got married on March 25, 2020.