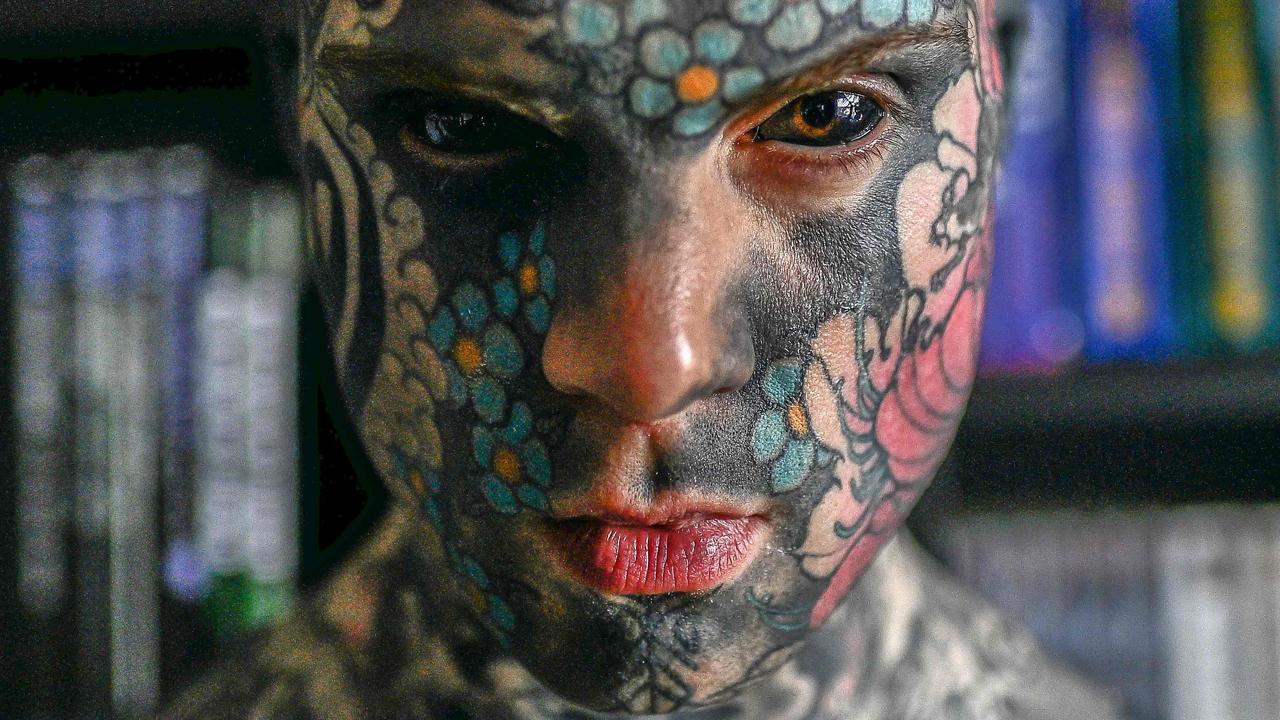 Tattoos, they say, are expressions of one’s self. It is a permanent body art that is embedded in different body parts of a person. Tattooing is believed to have originated in Egypt. Later, it spread through Arabia, China, Crete, Greece, and the Samoan and Polynesian Islands. In the past, tattoos were highly-associated with goons or tough guys. Today, however, many people get tattoos for their cultural, historical, or personal reasons.

Tattooing is done by injecting dyes or pigments into the deeper layers of one’s skin using needles or air pressure. However, society does not accept all kinds of tattoos. Just like the teacher who decided to get his eyeballs blackened by having them surgically tattooed. This cost him his job. The teacher used to teach kindergarteners, but he was no longer allowed to teach these children because of his recent transformation.

The man identified is Sylvain Helaine, dubbed as France’s most tattooed man. The 35-year-old recently added new tattoos, and it was on his eyeball and his tongue. His eyeballs were surgically inked black and were not tattooed the traditional way. He had to have it done in Switzerland because, in France, they prohibited the procedure. He already has tattoos on almost all parts of his body, including his face.

However, because of the most recent transformation in his eyeballs, one of the mothers of the kindergarten pupils complained.  Helaine claims that the mother who complained was not even in his class. He also shared that his pupils’ parents and the pupils themselves were okay with his latest look because they already knew him.

He further shared that the incident happened last year when a three-year-old child saw him. After seeing Helaine, who is also known as Freaky Hoody, the child reportedly had nightmares. The parents were later informed the child’s nightmares were due to Helaine, so they went to the authorities. Two months after the complaint, the authorities told him he can no longer teach these children but will still be allowed to teach kids six years and older.

Helaine said that his appearance will teach pupils to be more tolerant of other people who did not look like them at a very young age. He shared, “Children who see me learn tolerance of others. When they are adults, they may be less likely to be racist or homophobic, and they will not look at disabled people as if they were something from a circus.”

Helaine also said he found the decision saddening. In a statement, he said his appearance does not hinder the children’s learning in any way. Helaine says he thinks he is a good teacher and does his best at his job. One student in his class even shared that he was scared initially, but his parents encouraged him not to be afraid anymore. The child also said that Helaine is now his favourite teacher because he is nicer than they thought.