Americans have had a long love affair with football. As it is more commonly known across the world, American football has its roots from two separate sports, namely: soccer and rugby, which were already popular in other countries. On November 6, 1869, Rutgers’ and Princeton’s universities played the first college American football game. However, it was in the 1880s when the rules of American football were fully developed. It was also during the 1880s when most athletic clubs developed their football team. Since then, the competition among the teams gained a following which grew over the years. Today, the Super Bowl is one of the most-watched sporting events worldwide, which garnered a record viewer audience of 114.4 million viewers in the United States alone. The Super Bowl’s popularity is so immense that viewers from across the world are also watching them in their countries through pay-per-views or live streaming.

The Super Bowl Half Time Show

During sporting events, there is always entertainment during the halftime shows. However, with the Super Bowl, the halftime shows have evolved from college marching bands playing tunes into big-budgeted events involving big-named performers, including Michael Jackson and Aerosmith, AC/DC, and Lady Gaga. During the 1991 Super Bowl Half Time Show, the event’s organizers decided to include acts such as New Kids on the Block and Gloria Estefan into the halftime show’s entertainment. This move increased the viewership of the event from then on. Nowadays, big-named acts and singers are vying just to get invited to perform in the event. One of the best halftime performances during the Super Bowl is credited to the late “Artist Formerly Known as Prince” who performed six of his chart-topping hits and covers. 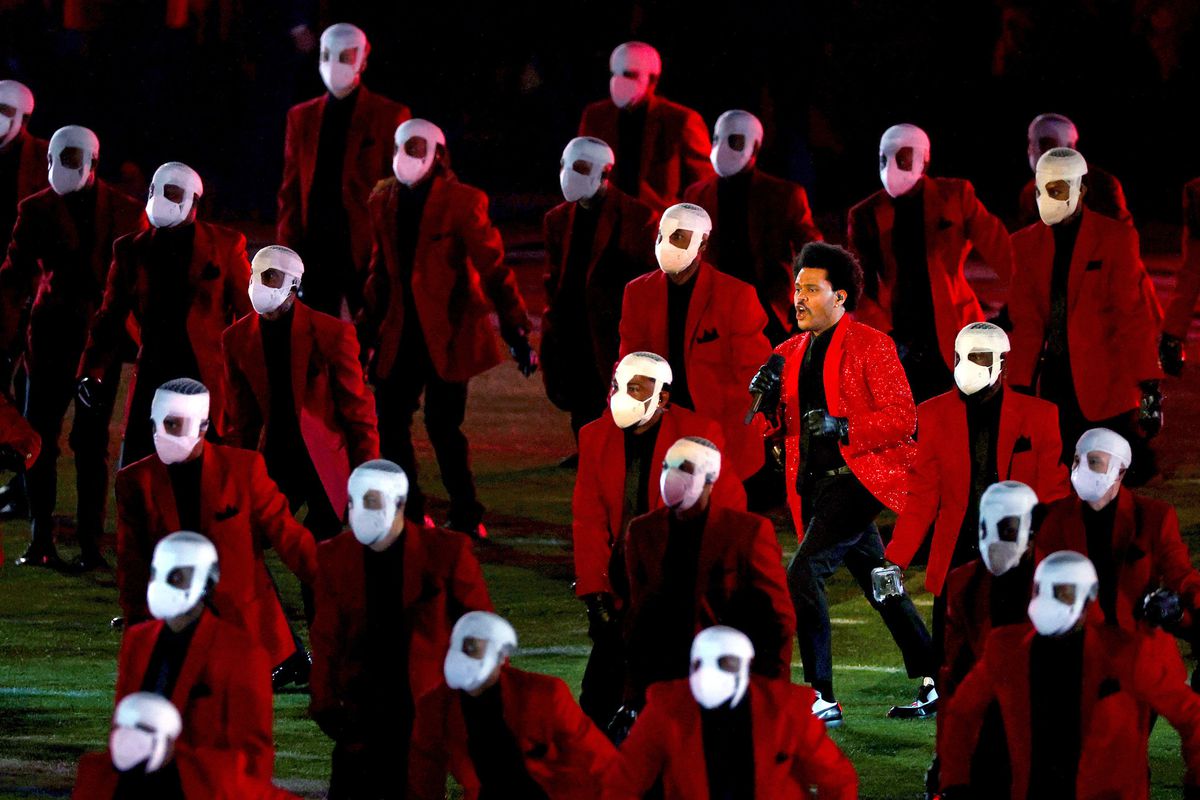 Weeknd’s Half Time Show Performance along with Bandaged Dancers

The Weeknd and His Bandaged Dancers during Super Bowl Performance

The Super Bowl Half Time Show has had its share of controversial acts which is topped by 2004’s wardrobe malfunction called “Nipplegate” in which Justine Timberlake “accidentally” removed part of Janet Jackson’s wardrobe revealing one of her nipples.

The latest 2021 Super Bowl Half Time Show also had its controversial act as The Weeknd performed one of his latest singles entitled “Blinding Lights” along with a slew of more than 100 dancers wearing red sports coat while bandages completely cover their faces.

Viewers met Weeknd’s performance t with mixed reviews; however, there was only one question in everyone’s minds; “What is up with those bandages?” To answer this question, you must understand what Weeknd had gone through during his career.