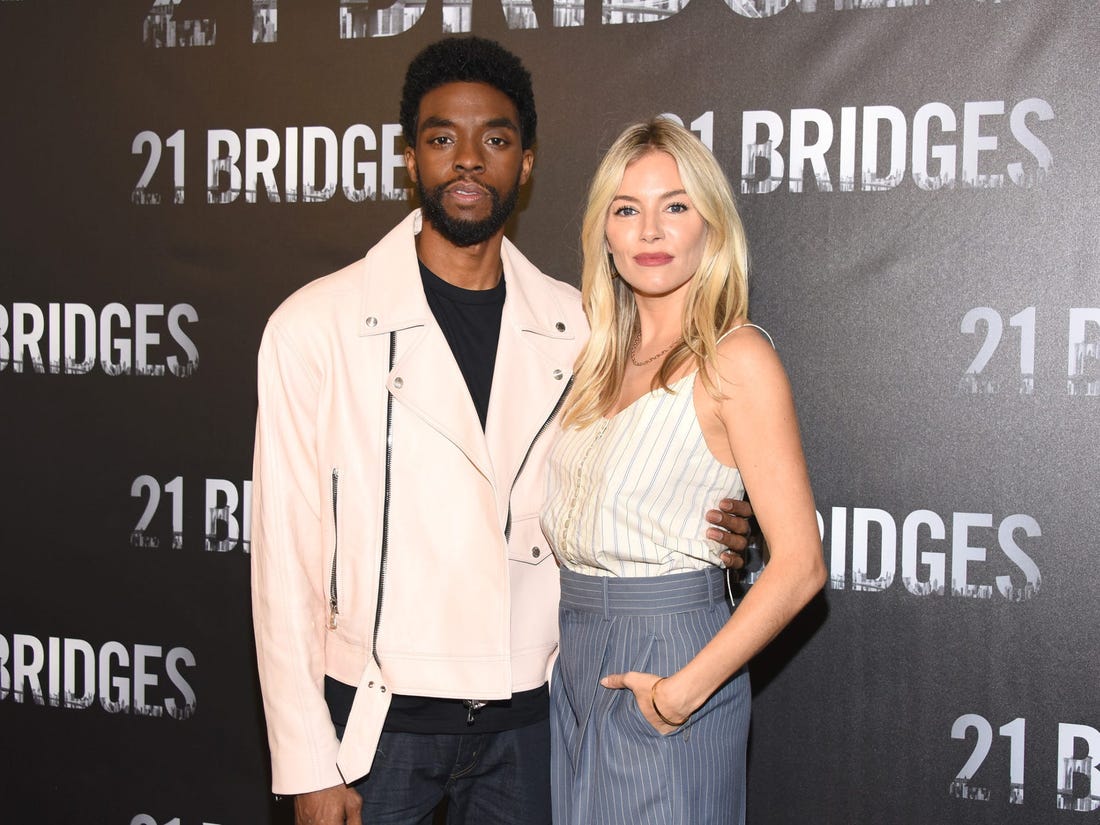 Sienna Miller has broken her silence about her former co-star, Chadwick Boseman, and how the late actor used his paycheck to make sure they are paid equally.

After a month since the Black Panther star, Chadwick Boseman lost his silent battle against colon cancer. And people in and around the entertainment industry still remember the 43-year-old actor for his kindness and generosity to everyone. Just recently, co-star Sienna Miller has something to say about the late actor. And all his efforts to make sure that she got the same pay were nothing short of amazing.

On August 28, the world was shocked when the news broke out about his untimely demise. Despite appearing in several movies, his fans were unaware that the late actor is already battling colon cancer. He managed to leave behind several amazing content to help the world remember him all the time, that includes the iconic movie, Black Panther.

Marvel Studio’s Black Panther managed to completely transform the face of the entertainment industry. In 2018, Black Panther became a hot topic when it debuted on the big screen. We never saw anything like this film before its time. The iconic Marvel superhero movie focused on its storyline’s cultural importance while maintaining the signature “hero vs villain” plot. It also broke expectations even outside its unconventional storyline.

The film also became more than an important conversation topic after including a predominantly black cast and crew. It also earned praises as a celebration of the black culture through the arts.

Historically, it is almost impossible for us to see such an amazing black representation. The superhero genre normally showcased the usual superhero visuals, as seen in films like Superman, Captain America, Spider-Man, Batman, and Iron Man, among others. But Black Panther opened the world to a brand new story that we have never seen before.

A culture that was used to be considered different, it compelled a celebration that managed to bring a diverse audience together to show their love for the same genre. And one of the core reasons for this revolutionary change was the film’s cast members.

In a stellar lineup of male and female actors, we were given a smart fusion of veteran and new black actors. The cast includes Lupita Nyong’ o, Michael B Jordan, and Letitia Wright. But of course, the main star of the film was no other than Chadwick Boseman. A report from The Guardian described the actor as a person working to “[open] up people’s minds.” The critically acclaimed actor played the main character, T’Challa/Black Panther.

Even if Boseman already appeared as the character in 2016’s Captain America: Civil War before releasing his blockbuster film, not everyone knows the legendary actor’s talent and focus. It is the reason why he often discusses the pressure that came after being cast in the big role. He also explained how he mostly brought pressure on himself.

“It’s not like it’s actually coming from outside. I think we all placed that pressure on ourselves with this cos we knew what the opportunity was. Everyone knew this was something that had not been done before.”

That is the reason why he wants to get his work done right. But the battle was not only in his head since he was also struggling with another battle that the world only discovered last month. Even if Boseman depicted that he is happy and excited in his social media accounts, some fans noticed that he does not seem fine in the most recent public outings.

The first video post that generated the most concern from his fans was when the star was seen celebrating the “Jackie Robinson Day” of Major League Baseball. The netizens expressed their thoughts on their social media platforms. The video is already deleted from the actor’s Instagram account.

Then the reason for his looks only made sense after the announcement was made. He went through serious health problems, which is why his fans became concerned about his looks. And on August 28 this year, Baseman lost his long battle to colon cancer. It prompted tributes to flood for the late actor. These honors proved that the actor touched many lives throughout his life.

The actor left the world with a long list of incredible movies to secure his entertainment industry legacy. It is the reason why tributes came out left and right to honor the late actor. The tributes also revealed that Boseman was a very kind and generous person behind the scenes, and Sienna Miller is one of the people who can prove his exceptional character.

Miller and Boseman both starred in the 2019 film 21 Bridges, and it appeared that Boseman had a big hand in the role of the actress and her paycheck. She recently spoke with Empire Magazine.

Miller shared that Boseman produced the film and was active in getting her to join the cast. “He was a fan of my work, which was thrilling, because it was reciprocated from me to him, tenfold,” she shared.

She also revealed that Boseman approached her to do the film, and it happened when she did not want to work anymore. Miller confessed that she was “exhausted” with work at the time, yet she was not willing to let the opportunity pass to work with the legendary actor.

“I didn’t know whether or not to tell this story, and I haven’t yet. But I am going to tell it, because I think it’s a testament to who he was,” Miller also shared during the interview.

“Chadwick ended up donating some of his salary to get me to the number that I had asked for [that I didn’t receive]. He said that that was what I deserved to be paid.” The film studio did not meet the asking rate of Miller because of her gender. Yet Boseman opted to listen to her.

Miller also mentioned that she shared her story with her other male actor friends, who all turned quiet and went home to contemplate what she told them for a while. But they never showed what Boseman displayed. Miller said that the actor told her that he would make sure that he would help receive the paycheck that she deserves.

It was a remarkable gesture from the late actor.