Oreo has announced that it has teamed up with Lady Gaga to launched limited-edition Oreo cookies inspired by the singer’s latest album entitled “Chromatica”. These cookies are marketed as feel-good cookies that can spread kindness whenever they are shared.

Since it was first launched 108 years ago, Oreo has become a household name. Almost everybody has tasted an Oreo one time or another; if not, they are familiar with the brand. Owned by Nabisco, short for National Biscuit Company, each Oreo cookie is composed of a rich vanilla cream filling that is sandwiched by two beautifully embossed chocolate wafers. Oreo’s popularity grew, and Oreo has now become one of the world’s most favorite non-home-baked cookies.

The popularity of Oreo grew as a result of Nabisco’s effective marketing strategy. The marketing tagline of Oreo as being “Milk’s favorite cookie” was very effective in creating the need to have an Oreo with a glass of milk to complete the milk-drinking experience. Likewise, Oreo’s marketing strategy to adapt to different seasons, such as adding color to the vanilla cream filling in tune with Halloween and Christmas, has also made customers want to buy the biscuits those festive holidays. 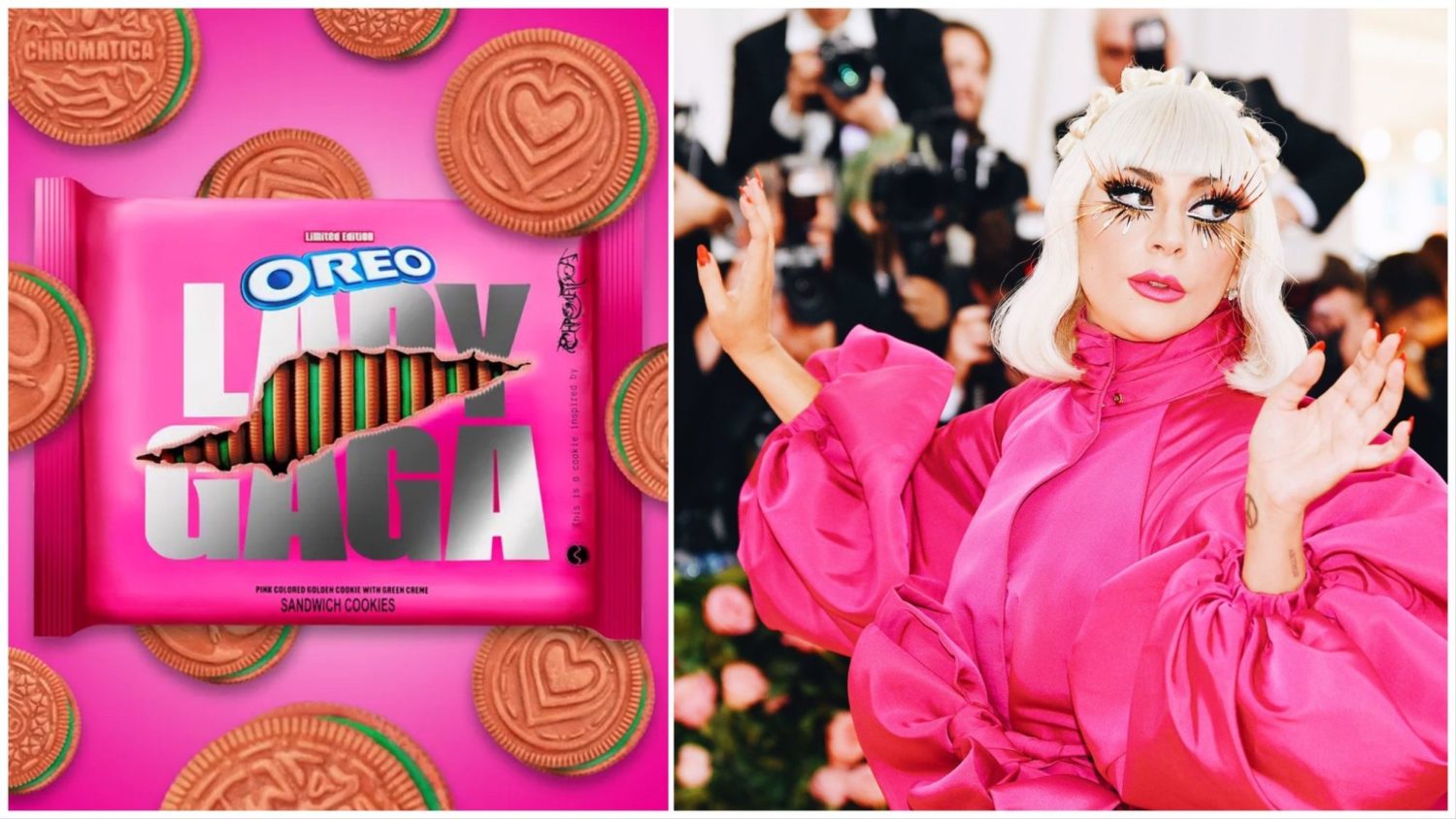 Oreo and Gaga Team-Up. This 2020, Oreo is breaking new grounds in its marketing campaign by teaming up with Lady Gaga and releasing Lady Gaga themed cookies and flavors. The Gaga-inspired Oreo cookies feature hot pink embossed chocolate wafers with a neon green vanilla cream filling. Lady Gaga’s Chromatica Album was also the inspiration for the images embossed on the wafers.

It is not surprising why Oreo would want to team up with Lady Gaga. Gaga is an American singer, songwriter, record producer, actress, and businesswoman who rose to fame after releasing her debut album aptly titled “The Fame”. Her first top-charting hit was “Just Dance,” which was nominated for a Grammy Award in 2008 for best dance recording.

Lady Gaga as Role Model. However, when Lady Gaga was first introduced, her songs contained hypersexual lyrics, and her music videos use images of injured women. Lady Gaga’s earlier works contained strong themes of perversion and violence that it is hard to see the singer becoming a good role model for children. However, Lady Gaga has always been an advocate of positive virtues and is always a hard-working woman. She writes her music, plays her instrument, and is tireless in spreading positivity. Her latest album Chromatica is filled with dance-worthy music with eye-catching visuals. Her first single, “Stupid Love,” shows the singer defeating evil forces with “kindness punks”.

Spreading Kindness. Oreo adapted this theme of kindness as it teamed up with Gaga to spread kindness throughout the country by introducing a “Sing It with Oreo” campaign. Fans of both the Singer and the cookie brand will get a chance to record a personal message, known as an “Oreogram”. The “Sing It with Oreo” website will then convert this Oreogram into a song.

The Chromatica-inspired Oreo cookies will be available in convenience stores and supermarkets starting in January 2021.