Dwayne Johnson managed to come a long way in his highly lucrative career. From his successful stint at the WWE as a professional wrestler until crossing over to Hollywood to appear in several blockbuster movie hits. From his modest beginnings, he has become one of the most beloved stars of all time.

But Johnson seemed to have offended several netizens after posting a photo featuring his daughter.

Before getting into the details, people need to know what makes Johnson popular with his fans. He inspired plenty of people because of his professional and personal life.

First and foremost, Johnson is known for being a good father. He is a certified girl dad to three beautiful daughters. His 19-year-old daughter Simone, whom he shares with his ex-wife Dany Garcia, is currently making a name for herself in WWE as the youngest person in history to sign with WWE.

Despite his hectic schedule, he constantly spends plenty of time with his children as much as possible. He is also unafraid to show his love and affection to his kids on social media. When his youngest daughter, Tiana, was born, he publicly promised that she would have his love, guidance, and protection for the rest of his life by posting on Instagram.

Johnson is also known for being very gracious to his fans. He always spends a lot of time surprising them and posting about their meetings on his social media accounts. Even his co-workers laud him for his positive presence on the set of all his works.

In an interview with Rolling Stone, “Journey 2: The Mysterious Island,” director Brad Peyton shared that his personality creates a resounding impact on the set. He is also friends with most of his co-workers.

The actor is also loved for his eating habits. The actor constantly posts his daily diet on his Instagram page that usually comprises up to 5,165 calories. He always strives to inspire his followers to eat healthily, yet he occasionally shares his cheat meals at the same time. 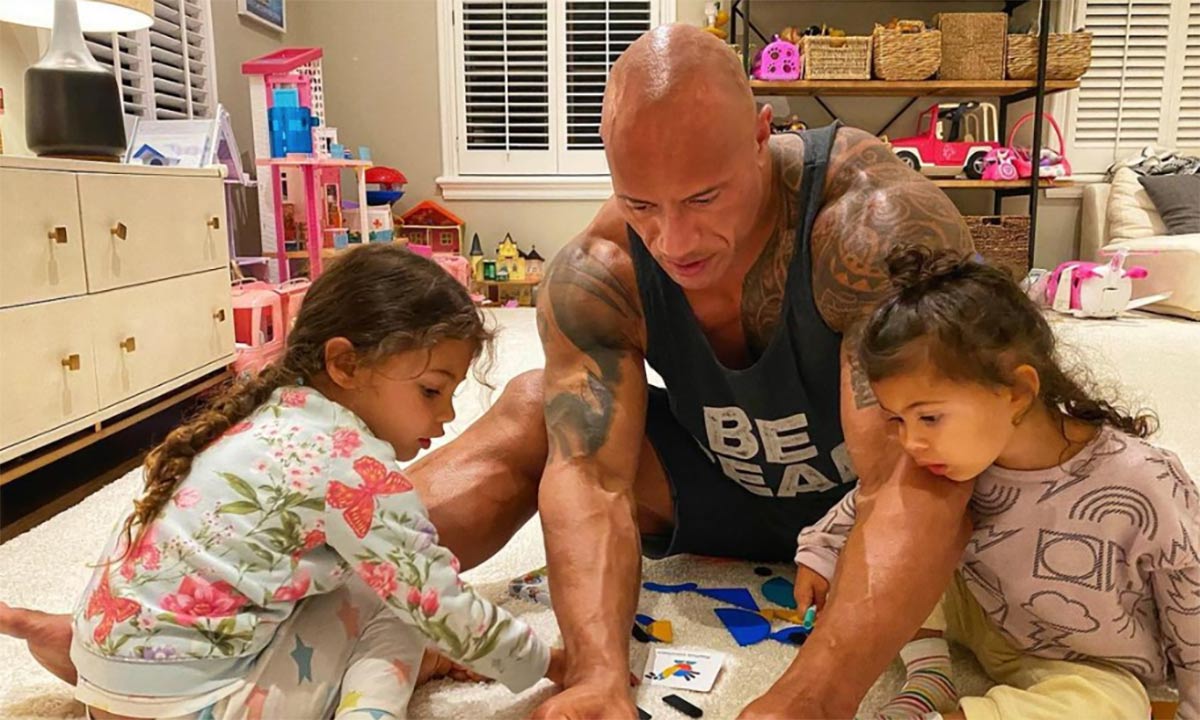 Dwayne “The Rock” Johnson proved that he is a certified girl dad.

He is also known for his love and devotion to his mother, Ata Maivia-Johnson. In one of his Facebook posts, Johnson showed that he gifted his mother a brand new car. He shared that he saw how his mother cried when the bank repossessed their car, so he made sure that his mother has a better one now that he is earning millions.

But last week, some netizens were annoyed after seeing a photo of his daughter Tiana peeing on the grass on private property. Some netizens claimed that the photo was inappropriate. They also warned him that Baby Tia would hate him for posting the picture in the future. But Johnson took the backlash in stride and chose to stay positive. He edited the post to cover Tia’s butt for privacy.

Because of this incident, more fans and fellow celebrities praised Johnson for spreading positivity and being a good father.

Advertisement. Scroll to continue reading.
In this article:Dwayne Johnson, Tiana