Netflix, the premier streaming service, has officially changed the name of Elliot Page on the credit of the Umbrella Academy, as well as his previous films.

Page plays Vanya Hargreeves in series about a family with extraordinary abilities. To date, it is one of Netflix’s most successful hits. Hargreeves is a cisgender woman who can move objects through sound projection. She can also unleash powerful blasts using sound waves.

Cisgender is a term used for individuals who identify with the sex assigned to them at birth.

According to Netflix, it still has not completed the process of updating the film credits for Page. Aside from The Umbrella Academy, the streaming service already updated the actor’s credits for Tales of the City, Something in the Water, and Tallulah.

Netflix has been in full support of Page’s decision to come out. For instance, when the actor posted his Instagram announcement on his Twitter account, the streaming service immediately issued a response saying how proud they are of their superhero. His decision also won’t imperil his role as Vanya Hargreeves as Netflix is looking forward for Page to reprise his role for The Umbrella Academy Season 3. 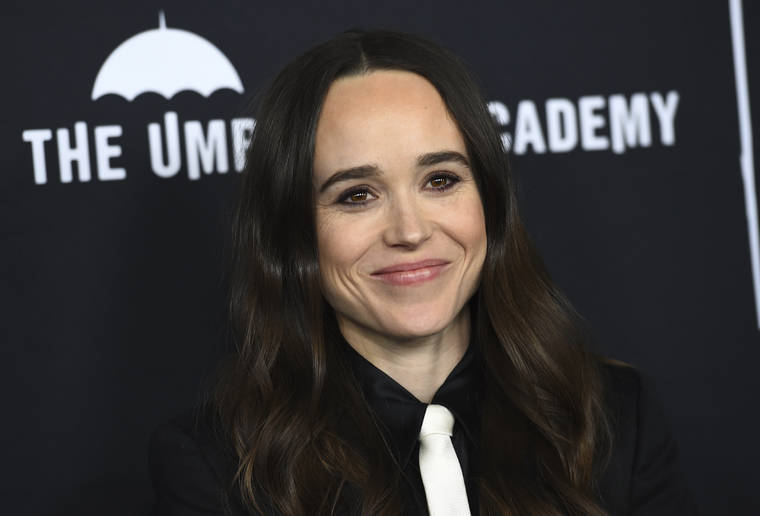 Meanwhile, IMDB, the top resource for movies and celebrities, still uses “Ellen Page” for the actor. While he has been working since 1997, he became famous for her seminal work, Juno, in 2006. In the movie, he played Juno McGruff, a 16-year-old high-schooler from Minnesota who accidentally got pregnant after a fling with her best friend, Bleeker.

On Dec. 1, the Juno star announced his transgender identity in a statement posted on her Instagram by proclaiming that the pronouns to be used when addressing him are hey and they.

She cited statistics where at least 40 murders were recorded in 2020 involving transgender people as the victims, most of them were blacks and Latinas. Meanwhile, 4 in 10 of trans attempt suicide.

The announcement came about six years after Page confessed that he was gay in front of a crowd in the Time to Thrive conference by the Human Rights Campaign in February of 2014.

Back then, she said that she wanted to use her platform to make a difference in the LGBTQ community. Page felt a sense of obligation and responsibility to make the lives better for those in the same position as her.

While most people might dismiss the significance of using the pronouns for trans, a study
by The Trevor Project revealed that mere acceptance would drastically cut the rate of suicide. According to the research, transgender people and binary individuals whose pronouns are respected commit suicide at half the rate of those who belonged to the oppressed group.

“I feel lucky to be writing this,” she said. “To be here. To have arrived at this place in my life.”