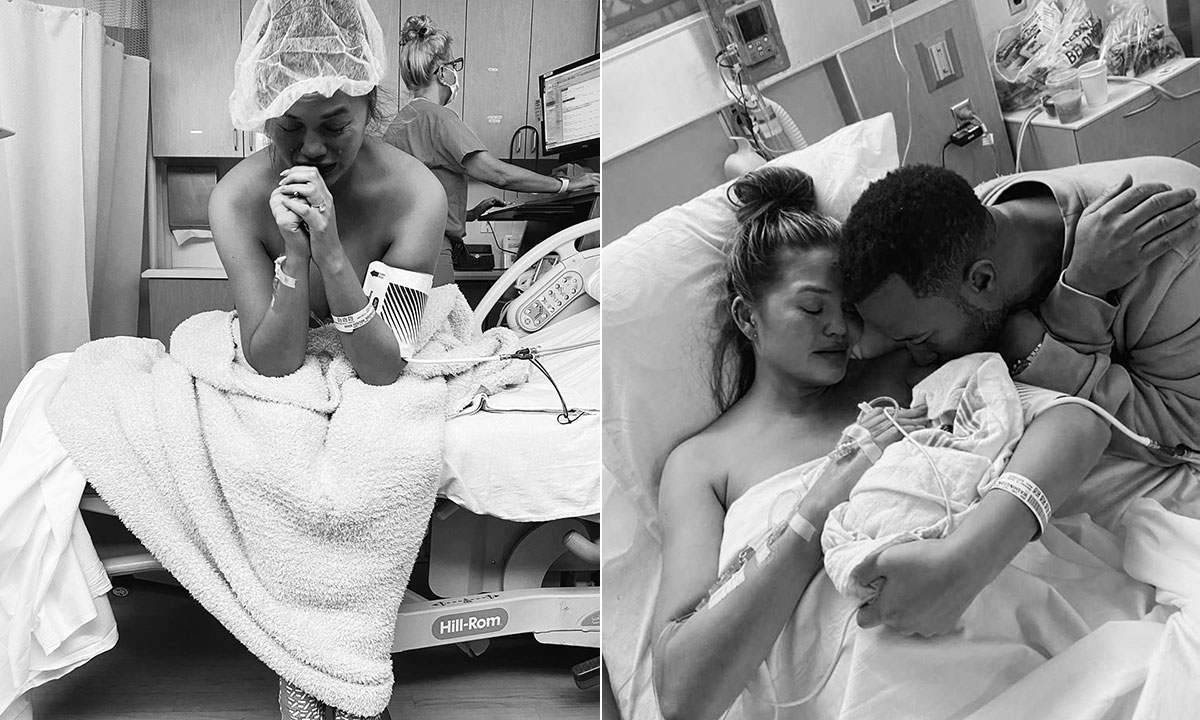 Chrissy Teigen tragically lost her baby with her husband, John Legend, and remained silent on social media after they have announced the sad news. The devastated mother made her heart-breaking announcement a couple of weeks ago.

A few days ago, Chrissy broke her social media silence by sharing her first Instagram post and was followed by her husband, John. The Hollywood couple has been a figure in the parenting community.

The couple started dating more than a decade ago and has built a strong relationship since then. Four years later, John made his marriage proposal. The couple got married in Italy’s Lake Como on September 14, 2013. However, the legal wedding happened in the NYC courthouse a day before they travel.

Since then, they have established themselves as a Hollywood power couple. They have become an essential piece of the celebrity scene, and their fans enjoy it, especially Chrissy’s funny social media post. Overall, the two are relationship goals, and they have the cutest little family.

The couple has two kids together: Luna Simone Stephens, born on April 14, 20016, and Miles Theodore Stephens, May 16, 2018. Chrissy loves posting their family life on Instagram, mostly her experiences as a mom.

The mom is known for her being honest regarding her parenting perspective as she perfectly describes the exhausting but wonderful experience of being a mother of two young kids. However, things seem to get even more challenging; the couple had announced the third baby was coming in.

Their announcement was made through a music video for John’s new song, “Wild.” At the end of the music video, Chrissy showed her baby bump, and then their two kids joined in as they walk towards the beach as a family. It was a lovely video. Moreover, the family is thrilled about the coming baby.

But Chrissy experienced difficulties in pregnancy. Fortunately, her 4-year-old daughter, Luna, was there to help her out. Chrissy had to have “super serious bed rest” because of the weak placenta, and Luna made sure that her mom will never lift a finger. She even helped her mom bathe every day, and Chrissy was able to take a photo of their adorable moment, where Luna was washing her hair and shared it on Instagram.

And then, reports came in telling that Chrissy has been hospitalized. But she was able to make some updates for her worried fans through social media.

The star explained she bleeds every time she would go to the bathroom. However, she said that she feels good, and the baby was healthy and strong as he moves a lot. But it looks like these complications were the signs.

Shortly, the heart-breaking news came in. The Hollywood couple lost their third unborn baby. They named him Jack. She apologized to her baby and thanked everyone for sending prayers, thoughts, and positive energy. Then, she thanked her children.

The following day, John shared his emotional performance on Instagram, with a warm message for his wife:

“This is for Chrissy, I love and cherish you and our family so much. We’ve experienced the highest highs and lowest lows together. Watching you carry our children has been so moving and humbling,” he wrote.

He then complimented his wife for her strength in facing the tragedy, “I’m in awe of the strength you’ve shown through the most challenging moments.”

Advertisement. Scroll to continue reading.
In this article:chrissy teigen, Featured