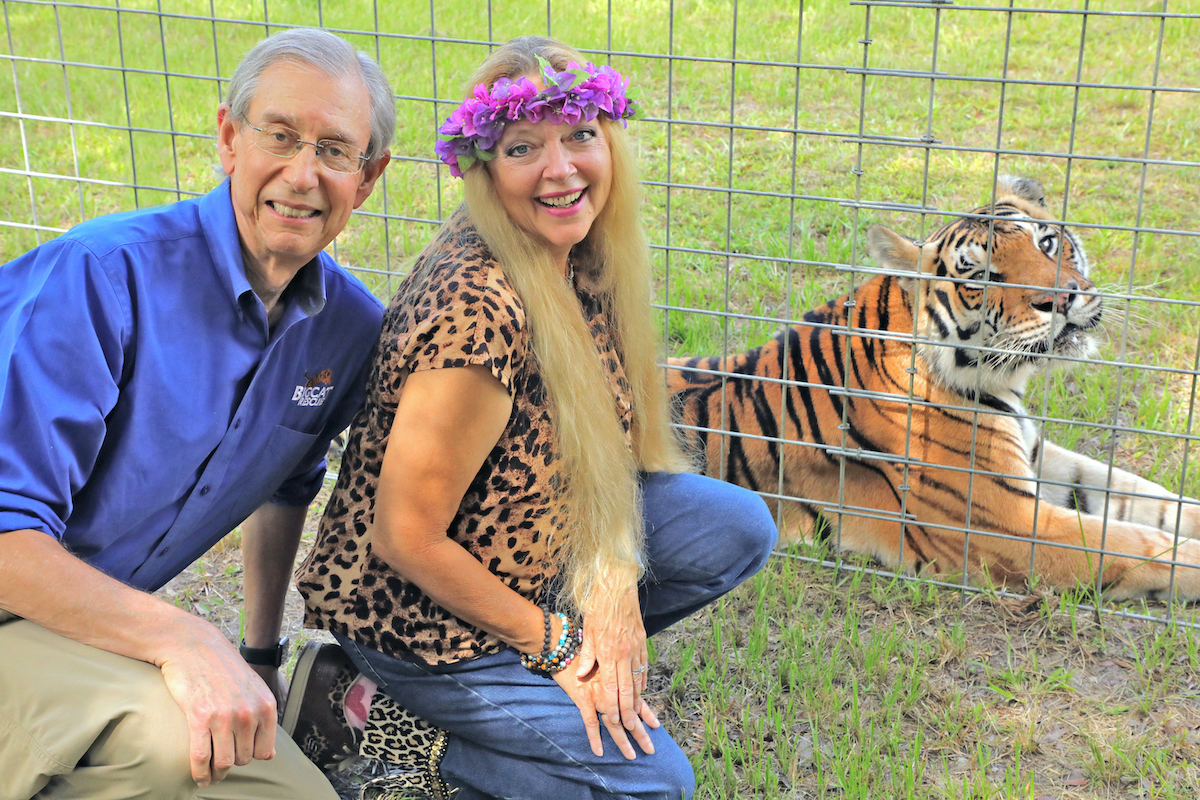 The conflict between Carole Baskin and her late husband Don Lewis’ ensues. In their most recent feud, Baskin was accused of defamation by being complicit about jokes made against her husband in an episode of Dancing With the Stars (DWTS), a dancing competition that the Tiger King Star is set to appear in, and an interview in Good Morning America.

In response to the defamation lawsuit issued against the Tiger King star, Baskin denies making jokes about her husband’s disappearance. She told several news outlets that she does not joke about the loss of her late husband, and that it would be a stretch to say she is referring to Lewis when she uses the phrase “killing it.” Despite the lawsuit filed against her, Baskin remained firm about her stand and denied all accusations.

The lawsuit was filed by Lewis’ daughters and Anne McQueen, his former assistant, after seeing Baskin making jokes at her husband’s expense on DWTS. The show’s judges brought up the star’s TikTok videos inspired by her storyline in Tiger King, and Baskin was said to be complicit to their remarks.

Clips from the TikTok videos feature lyrics that joke about Baskin killing her husband and feeding him to the tigers, a reference to Tiger King, to the tune of Megan Thee Stallion’s “Savage.” A DWTS judge further made remarks about these videos as they were widely circulated in the Internet, and Baskin did not correct, complain, or deny any of the remarks.

McQueen and Lewis’s daughters noted that Baskin should have spoken out against the joke and the judge’s remark as her failure to do so indicates involvement and agreement with the message. They further stated that Baskin was being complicit by going with the joke and joking in an interview in Good Morning America that she was going to “kill it” in the reality dancing competition.

Jon Phillips, the Lewis family attorney, stated that the current situation is much like the case in 1998 when Baskin settled a libel and slander claim. To emphasize the gravity of the issue, he said that the statements are being made on national television and publicly for the world to see and hear.

Baskin straightly dismissed the claims, stating that Tiger King references about murders and killings have nothing to do with her late husband. Rather, they come from the many animal abusers that have tried to kill her or the hiring of hit men to target her. She further reiterated that no amount of money can get her to joke about the tragic loss of her husband after revealing that she turned down a request from Cameo to say unpleasant things about Lewis.

Other than the Lewis family, former assistant McQueen is also said to be filing a lawsuit against the Big Cat Rescue founder and CEO. According to McQueen, Baskin defamed the former assistant in a YouTube video about her husband’s disappearance and accused her of embezzling money from Lewis when he was still alive.