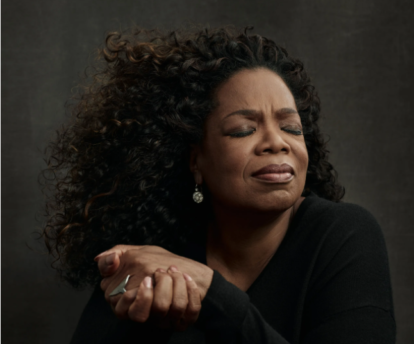 Oprah Winfrey is a name familiar to all. When you talk about self-made women– Winfrey’s name sure tops the list. She’s the richest woman in Hollywood with multiple sources of income that have given her that rank.

The billionaire business mogul enjoys a total net worth of a whopping $2.7 billion. Yet, Oprah has truly been the face of woman empowerment by talking very publicly about issues such as sexual abuse. Her power and reach across the globe are undeniable.

Hollywood not only is a tough place to enter, but it’s even tougher to sustain a career and stay relevant. Managing to stay relevant all these years later (among other things) makes Oprah Winfrey the boss lady that she is today. Let’s look at five moments that further establish this claim.

Winfrey has one sharp mind when it comes to conducting business. She successfully partners with different corporations and enjoys huge chunks of returns from them. In the fall of 2015, Winfrey purchased 10% shares of Weight Watcher for $43 million. This only added to her net worth as the share prices increased eight times more than when she first bought them.

Nearly fifteen years ago, Winfrey built a school for underprivileged girls in South Africa. She spent a good chunk of her fortune to make a haven for these girls where they could flourish and avail one of the most important things a child can ask for – education. Winfrey’s philanthropy is what also makes her so loved and respected by people. Many of these girls have moved on to attend prestigious universities such as Stanford and Oxford.

3. Her Stance on Equal Pay

When The Oprah Winfrey Show had just gone national, Winfrey wanted everyone on her team to receive equal pays. However, one of her managers denied her request, which led Oprah to pay her team bonuses out of her own pocket. Winfrey hosted a dinner party and handed out bonuses to her employees creatively wrapped in toilet paper rolls. Boss of the Year? Oh, hell yes.

Oprah Winfrey is known to have many businesses. She started her own cable network called the “Oprah Winfrey Network” or OWN. The channel has a line of original programming that entertains the audience globally. Apart from that, Winfrey also has her own magazine named “O – The Oprah Magazine.” The publication has a circulation of 2.4 million and is considered one of the most top-notch magazines globally – competing with magazine giants such as Cosmopolitan, Time, and Maxim. She is currently developing a series with Prince Harry on Apple TV+ that will deal with workplace harassment and mental health challenges.

Last but not least – what started everything, The Oprah Winfrey Show. This talk show is the most-watched and beloved talk show in the world. Every episode had a substantial theme that was discussed by Winfrey herself. The show also had fun game segments when the show first began and saw many celebrity guests make an appearance. In addition, Oprah touched upon poignant issues such as rape and emotional abuse that were otherwise considered taboo back in the 90s.