Toy collection has been one of the most popular hobbies for kids during the 1990s. Most of them hoped that the items would have more value in the years to come. One of the most preferred collectible items during that time was the Pokemon Trading Card Games. These items are known to be one of the most extraordinary card games released in the previous decades.

Since their release, Creatures Inc., Media Factory, and The Pokemon Company ensured that the popular cards were released in limited quantities. It allowed the cards to boost their value and increase their prices.

Pokemon distributed some of its rarest cards to selected top master trainers who won different tournaments. It means that you must be willing to open up your wallets a little wider if you want to get hold of these items for your collection. You must also be on a lookout for misprints and never-before-seen free promotional movie cards since they are some of the rarest cards in circulation.

Here is a list of the most expensive Pokemon cards today.

#5: Parent and Child Holographic Kangaskhan
Estimated worth: $1,500 or more

Media Factory released this extremely rare edition of Pokemon card in Japan exclusively for the 1998 Parent/Child Mega Battle Tournament. The card publisher distributed it to teams that won several times. You will find a special Pokemon set symbol placed on the card’s right portion, which means it is a rare edition that will still increase its value over time.

Magikarp may have the reputation of being the weakest Pokemon in the game and a useless side character in the anime, but this card has more value due to its rarity. Reports revealed that there were only 30 to 100 pieces of these cards ever produced. Pokemon handed it to the top qualifying participants who joined the second day of a card competition in Osaka.

The card publisher created a total of 34 pieces of this extremely rare Pokemon card. But they never sold it in the market since they distributed it to the competitors of a 2010 card game competition in Japan.

#2: 1st Edition Holographic Shadowless Charizard
Estimated worth: Up to $11,999

Error cards are usually rare, which is why their value today can be enough to pay your student loan. This one is even more precious because it belongs to a holographic base set. Since Pokemon noticed the flaw immediately, only a few error cards existed. 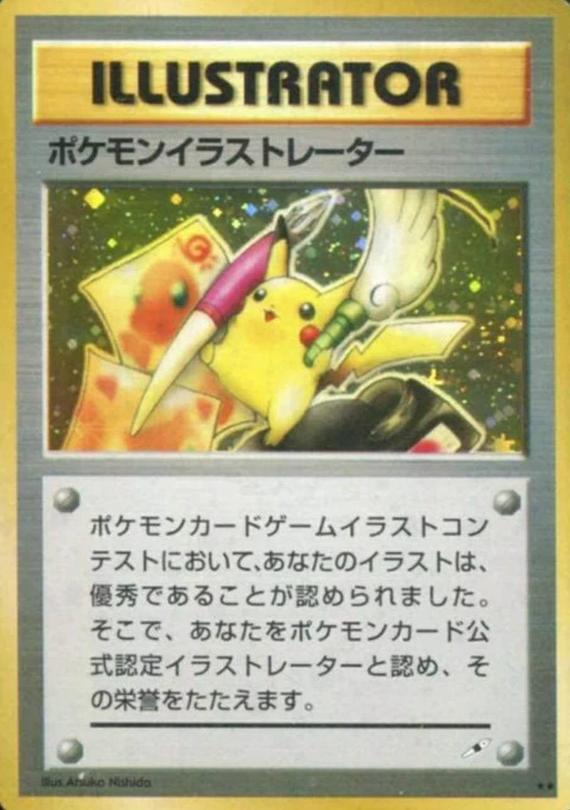 The Pikachu Illustrator, known as the Holy Grail of the Pokemon Card collection, is now worth $3 million.

This one-of-a-kind card was released during the CoroCoro Comic Illustration Contest in January 1998. But there were only approximately 20 to 39 victors of the event who managed to get their hands on these. According to reports, only ten pieces remained in mint condition. It is the reason why it comes at a staggering price.