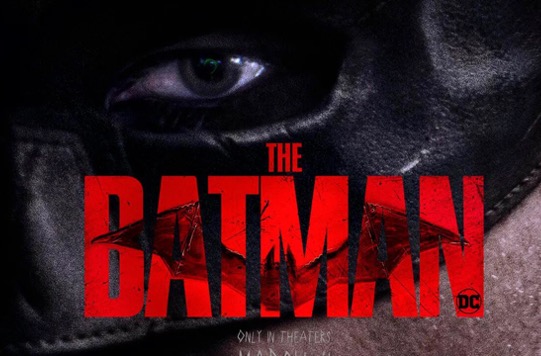 Even with Covid taking a major chunk of our lives in 2021, we were graced with some amazing movies to watch last year. But what does 2022 have in store for us? Multiple superhero blockbusters, classic horror franchises returning, and a lot more! Here is our breakdown of the most anticipated movies of 2022!

While The Batman isn’t going to be part of the whole DC Extended Universe, everyone is waiting patiently to finally have a look at how Robert Pattinson plays both Bruce Wayne and the caped crusader. While it may not match the intensity of Christopher Nolan’s trilogy, having Matt Reeves directing gives Batman fans a lot of hope for another Batman classic!

The film will showcase a star-studded cast with Robert Pattinson portraying Batman, Zoë Kravitz as Selina Kyle/Catwoman, Colin Farrel, Paul Dano, and many more. A look at the teasers and trailers makes us believe we are in for a much darker Batman than ever before!

Death on the Nile

This film is a follow-up to the 2017 movie Murder on the Orient Express and based on the 1937 Agatha Christie novel, Death on the Nile. The film has the great mustached detective Hercule Poirot returning, played by Kenneth Branagh, where he is embroiled in a murder mystery on a steamer on the Nile River.

The film will feature Gal Gadot, Rose Leslie, Armie Hammer, and Russel Brand, directed by and starring Kenneth Branagh. Will the movie match the success of its predecessor, Murder on the Orient Express? We hope so.

Yes! If you have played any of the games from the Uncharted series, you know you are in for a treat as the games themselves are praised for how cinematic they are. With Tom Holland starring as Nathan Drake, the main lead, we know it will be a great action-adventure movie for fans of the games and new watchers alike.

The movie will be directed by Ruben Fleischer and will feature Mark Wahlberg, Antonie Banderas, Sophia Taylor Ali, along Tom Holland. The Indiana Jones type movie could be the first of many if the movie succeeds at the box office.

Doctor Strange In The Multiverse Of Madness

Everyone who saw Spider-man: No Way Home in theaters and sat back until the end of the credits saw what was basically a teaser for the new Doctor Strange movie. The new Marvel entry will tie in with the Disney+ series WandaVision, and will have Strange facing the fury of the multiverse.

The movie is being directed by the seasoned superhero movie director Sam Raimi, and fans are expecting another Marvel masterpiece. The movie will be an important part of the Marvel Cinematic Universe, and comic book and movie fans can’t wait! The movie will star Benedict Cumberbatch as Doctor Strange, Elizabeth Olsen as Wanda Maximoff, Rachel McAdams, and many more.

Director James Cameron, known for his epic, science fiction films, is finally back with his follow up to the 2009 record-breaking Avatar. People have been waiting for and anticipating the sequel to the science-fiction classic for the past 13 years, but has it been too long? Is the Avatar fanbase still excited, or have the people moved on? Well, we are going to find out later this year.

With a cast of Zoe Saldana, Kate Winslet, Sam Worthington, Sigourney Weaver, and Jemaine Clement, the movie could be another billion-dollar record breaker or just another blip on the Hollywood cinematic radar.