People working in the retail and service industry have customers that they are afraid of. For the retail industry, this person may be a secret shopper who secretly evaluates how customers are being treated in retail establishments such as grocery stores and shopping malls. Employees who work in the foodservice industry fear the occasional secret diner who inconspicuously rates their dining experience and writes reviews that could make or break a restaurant business. Nowadays, there is another type of person that retail and service employees and managers are afraid of. This person is the “Karen”.

What is a Karen?

In fairness to all the women named Karen out there, the term “Karen” may or may not refer to them. “Karen” is a name given to an annoying woman or person who seems to be too entitled beyond what is normal. Likewise, a Karen is a pejorative term for persons who use their privilege to demand their way of doing things.

How to Spot a Karen

There is no specific physical embodiment of what a “Karen” is. However, most memes related to experiences with a “Karen” show a middle-aged blonde white woman with a side-swept spikey bob hairstyle much like the style worn by Kate Gosselin starred in the reality show Jon & Kate Plus 8. However, a “Karen” is not limited to a particular hairstyle and color. Blondes, brunettes, and even redheads can become a “Karen”.

The term is not a catch-all for all middle-aged white women. “Karens” are mostly spotted because of their predisposed racism, behavior and attitude to the authority, including their denial of wearing masks amidst the COVID-19 pandemic. A “Karen” will usually shout statements such as “Let me talk to your manager” and tell police that they are being “harassed” by people even if she started the escalation in the first place. 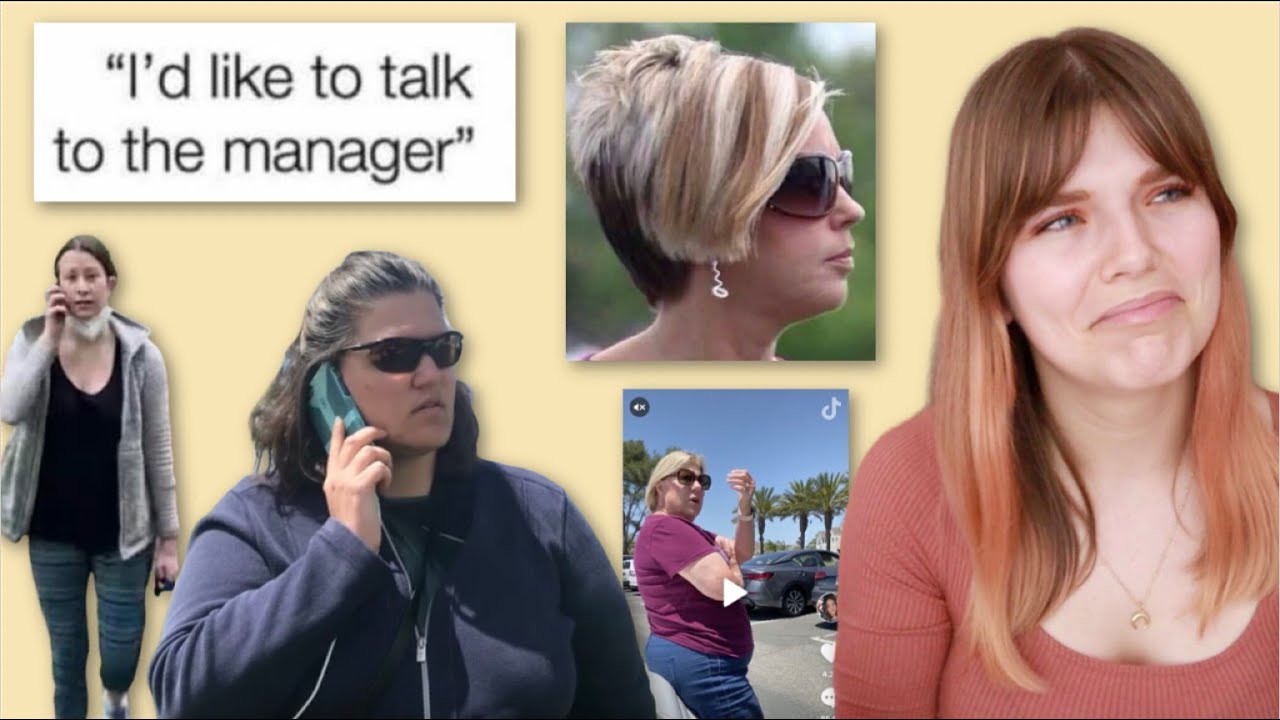 Ways to spot a “Karen”

Nowadays, it is easy to capture a video confrontation with most people having smartphones that can easily live stream an event. Because of this, there are a lot of videos being shared with “Karens” freaking out over simple things such as being asked to wear a mask inside a grocery store or a black girl selling water on the streets to make money.

While it is more entertaining to watch videos of “Karens” being owned, one netizen narrated through social media an encounter with equally funny and entertaining situations, this situation involved a Karen who mistook the narrator as an employee of a supermarket. This netizen narrated that a Karen named Doucebagette or DB came to her after being rude to another customer. This DB assumed that the narrator was a store employee and asked where she keeps the eyelash curlers. The narrator honestly replied that she does not keep them anywhere since her eyelashes tend to bend independently the way she likes them. The conversation escalated quickly, with the DB calling the narrator stupid and demanding to see the manager or supervisor. At the end of it, the manager was called, but the manager sided with the narrator and threatened to have the DB or Karen escorted out because she was already shouting.

In this article:Jon & Kate Plus 8, Karen, Kate Gosselin