Medical technology has been a vital part of a person’s life, even way before you are born. If you feel unwell, medical devices and diagnostics can allow healthcare professionals to determine your ailment and help restore your health in the fastest possible time. Medtech has been a major driving force in your life, but you would be surprised to know that some of its features have been around for ages, and they have not changed at all.

But things are starting to change, especially now that MedTech businesses learned some of the major gaps in the industry and found a way to fix them. Nowadays, MedTech has started to turn over a new leaf in medical procedures, the most crucial healthcare support. 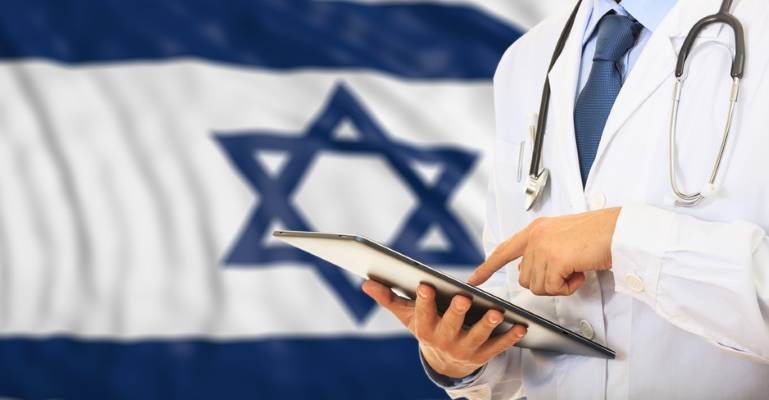 One county has been turning heads in the medical industry in recent years. Israel, the nation that has a $6.2 billion medical technology market based on a report by the International Trade Administration, managed to take advantage of its technology-oriented business enthusiasm to look for solutions to fill in the gaps in healthcare and technology that could help save millions of lives all over the world. The majority of the success of the country in this aspect can be credited to its multifaceted competence, which can gather medicine knowledge, clinical expertise, software proficiency, and engineering expertise to provide the best solution to innovate health-related technologies.

Previous report from BMJ revealed that medical errors in US hospitals were considered as the third major cause of death in the country. Because of this, the topic of efficient enteral feeding procedures became a major point of concern in the medical field, particularly in the treatments for ICU patients, during recent years. Globally, about 22 million feeding tubes were planted on patients every year. Most of the time, they are done by nurses using old-fashioned blind insertion procedures. It can increase the risk of misplacing the tube in the patient’s lung, which can end in fatal consequences. However, these unfortunate incidents have become widely accepted collateral during risky ICU treatments.

The dangers of using feeding tubes do not come as a surprise, since the system that medical workers use to attach them to a patient’s body has been around and saw minimal improvements since the 1980s. But today, an innovative medical company in Tel Aviv called ENvizion Medical is trying to fix the problem by coming up with groundbreaking electromagnetic feeding tube devices for placing the apparatus properly.

The company is creating a system that they call “the Waze of feeding tubes.” It uses a series of sensors and recognized anatomical landmarks to gather an image mapping of the patient’s body parts unit the upper portion of the GI tract to help accurately trace the feeding tube. It will avoid misplacement. With the help of this new technology that can ensure the proper placement of the tubes and speed up the feeding times to avoid malnutrition, the new system from ENvizion can help improve the hospital’s approach for the safety of the patient. It can also alter the traditional procedures using advanced technology.

Early Detection Is The Key

Nanox, a Neve-Ilan-based medical imaging technology company, earned a reputation in 2020 as Israel’s biggest IPO of an up-and-coming medical company ever during its debut on Wall Street. This company aims to help revolutionize early-detection procedures. Once the development is ready, the company plans to set yo medical imaging infrastructure globally at a reasonable price-per-scan model, under the approvals of regulatory bodies. The system that they are planning to launch can enhance the affordability and accessibility of early detection treatments using medical screening as a service, or MSaaS, and boost the role of medical imaging as a regular care standard.

Today, the popularity of early detection and analysis before every surgery using artificial intelligence has become an efficient method for maximizing medical procedures. By improving automation in medical technology is expected to allow imaging to be used in hospitals and health care facilities that may have no adequate resources or access to expensive scanners.

One of the major projects in the MedTech industry is improving outdated medical procedures. In most hospitals, mechanical ventilation (MV) has been one of the trump card used when treating patients under intensive care units. However, using it as a treatment can expose the patients to several severe complications.

Inspire Medical is trying to solve this problem by developing a technology for respiratory support that can replace mechanical ventilation. They are creating an intravascular oxygenation gadget that they call OXSPIRA. It can reportedly raise oxygen levels safely and lessens the carbon dioxide in the venous blood of the patient. It will allow doctors to treat the main ventilatory problems without any complications.

The innovations mentioned above definitely proved that Israel is starting to become a major force in innovative medical technology. The country(s digital health environment is paving the way to fix major gaps present in traditional medical procedures. No wonder the country is now referred to as the “Startup Nation.”

In this article:Israel, Medical technology, MedTech