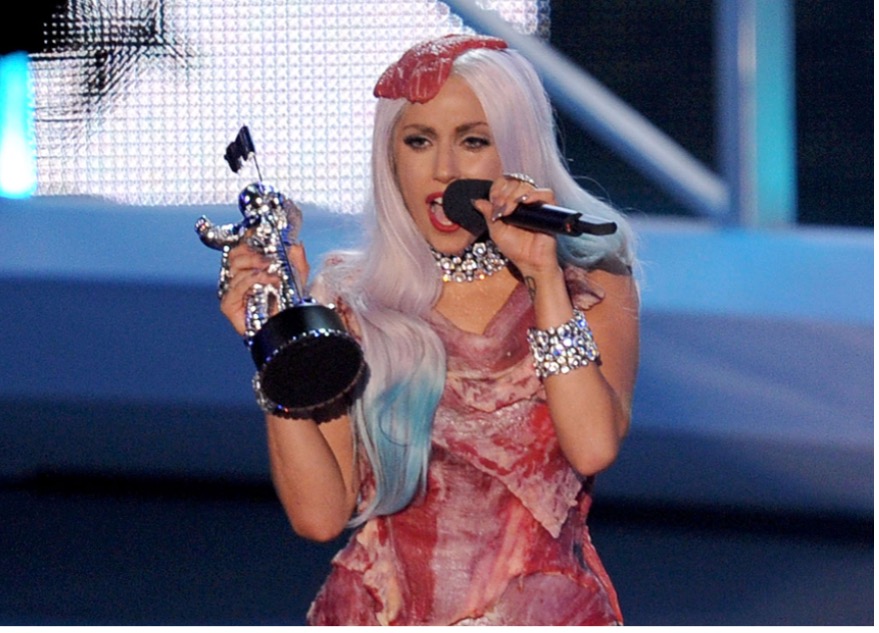 Over the last two decades, we have gone through so much, from technological advancements changing our future forever (for the better, we hope!) to moments defining our cultural future. This article will talk about the defining moments in pop culture that have shaped our world since the 2000s. Moments like Game of Thrones airing its first episode and changing television as we know it, to La La Land accidentally winning the Best Picture Oscar, these are the most defining moments in pop culture!

At the peak of when everyone thought Lady Gaga was a freak, she showed up to the 2010 MTV Video Music Awards in a dress made of raw meat! Not just the dress, but her hat, her shoes, and her purse were all made of beef. The dress changed how people viewed fashion forever, and Gaga said she wore it to protest the ‘don’t ask, don’t tell’ military policy. The historic dress designed by Franc Fernandez now sits on display at the Rock and Roll Hall of Fame.

When Twilight first came out, no one thought it would be such a culture-defining moment. The first movie of the series came out in 2008, and the whole world was instantly hooked. Anyone and everyone were watching it, discussing it, and not-so-patiently waiting for new releases of the Stephenie Meyer series. The movie changed how fandoms worked and helped shape the cult-like fandoms we see today.

2003 was when Queen Bey finally went solo. Yes, we all loved Destiny’s Child, but no one can deny the greatness Beyoncé has reached and achieved since going solo. We could attribute multiple pop culture-defining moments to Beyoncé, all her albums, Crazy in Love, Single Ladies, winning TIME’s Person of the Year, and her insane Formation World Tour. Beyoncé has been the queen of pop since going solo and is still a force of nature in the music industry. Everything has to do with Beyoncé; her albums, announcements, fashion statements, and even her pregnancy have been news-worthy pop culture moments!

“I’mma let you finish, but Beyoncé had one of the best videos of all time! One of the best videos of all time!” This infamous line was what Kanye West said after getting on stage and interrupting Taylor Swift’s 2009 MTV Video Music Awards speech for Video of the Year, a line that has been etched into everyone’s minds since then. Kanye interrupted a then 19-year-old Taylor Swift as the whole world was watching. While both were already pretty popular, the moment undoubtedly gave both Kanye’s and Swift’s careers a boost, with Kanye later claiming he made Taylor famous.