David Beckham is probably the most popular soccer player ever, partly because of his impressive sports skills but mostly because of his social media presence. Beckham currently has 65.4 million followers on Instagram, and his photos get an average of over a million likes and reactions. One of Beckham’s photos with his daughter posted two days ago divided his fans. Half of his followers find the photo with his daughter a sweet father-and-daughter bonding moment, while the other half thinks that the photo is awkward.

Who is David Beckham?

David Robert Joseph Beckham was born on May 2, 1975. He is a former football player who started his football career with Manchester United at 17 years old. During his stint with United, he led the team in winning the Premier League six times, the FA Cub twice, and winning the 1999 UEFA Championship. During his entire football career, Beckham has played and won league titles for four countries: England, Spain, U.S., and France. Beckham decided to retire in May 2013 after being in the sport for 20 years and having 19 major trophies.

David and Victoria Beckham have been an iconic couple ever since they got married. They are a testament that celebrity marriages can still work amidst numerous couples getting divorced. David and Victoria started dating in 1997 after David requested the former Spice Girl to attend a Manchester United match. They got married on July 4, 1999, and have been together ever since. Today, the couple is blessed with four children: Brooklyn Joseph, Romeo James, Cruz David, and Harper Seven. The Beckhams are a closely-knit family, as can be seen in the photos they share on social media and the photos captured by the press. 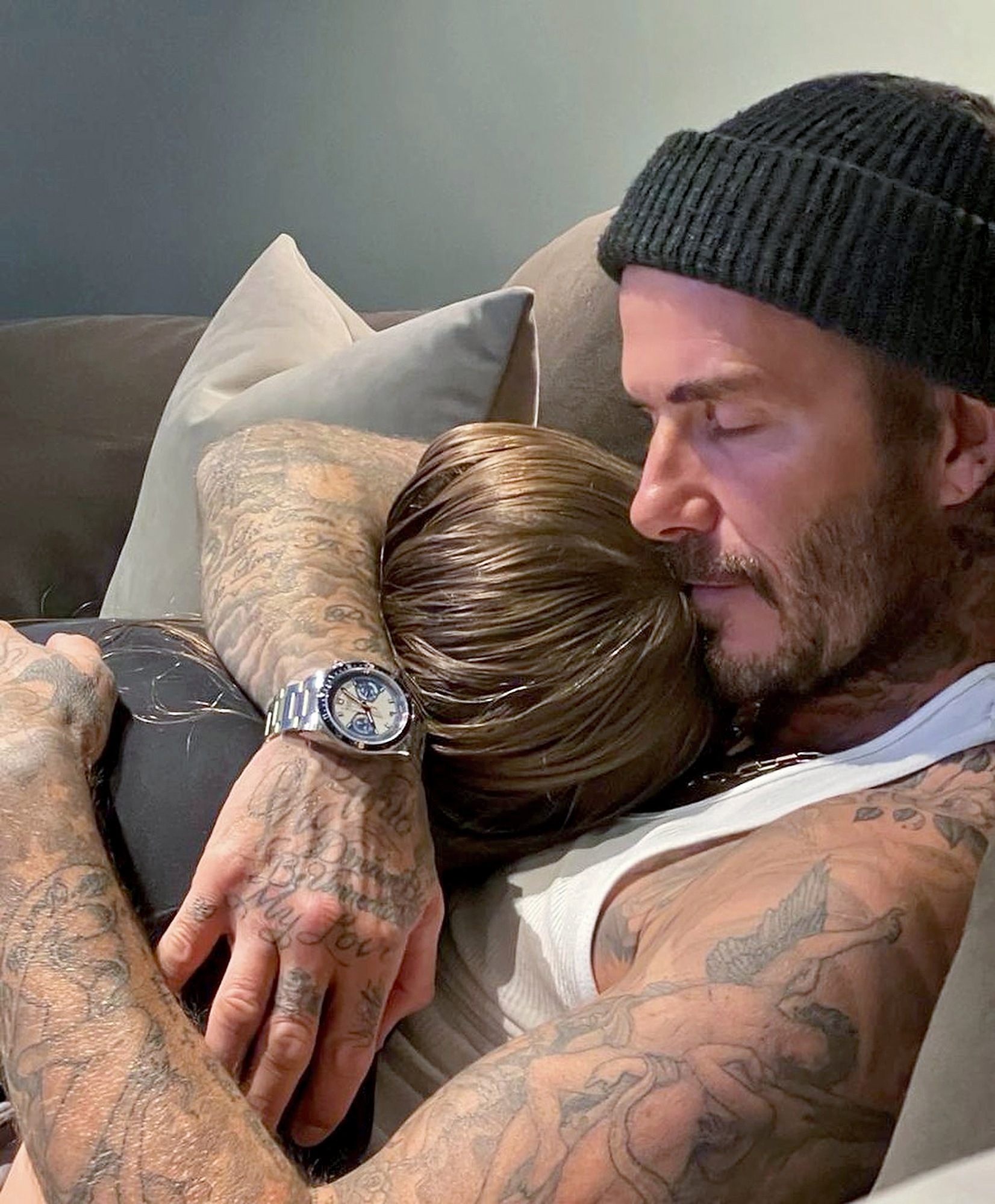 Is Harper in a headlock?

The Latest Controversial Photo of David and Harper

The Beckhams share a lot of family photos in their Instagram accounts. Among these photos, those of David and daughter Harper draw the most divided reactions from followers. There have been a lot of photos that show David kissing his daughter Harper on the lips. This show of emotion and bonding between father and daughter has divided fans. Some fans claim that the bond and lip-kissing is a natural show of affection. Others find these photos awkward, saying that lip-kissing should be reserved only for the relationship between lovers. Aside from lip-kissing photos, the latest Instagram photo shows David tightly hugging Harper in his arms with Harper’s face seemingly pressed against David’s chest and armpit area. This latest photo drew reactions from followers with varied comments. One netizen with the moniker “handmadebytrix” asked whether David is giving Harper a headlock. “joelle1710,” on the other hand, asked whether Harper can still breathe because of David’s tight hug.

That is the problem with celebrities; they get scrutinized for their public posts. Whether David Beckham shows awkward affection towards his daughter Harper or is just natural is up to them.