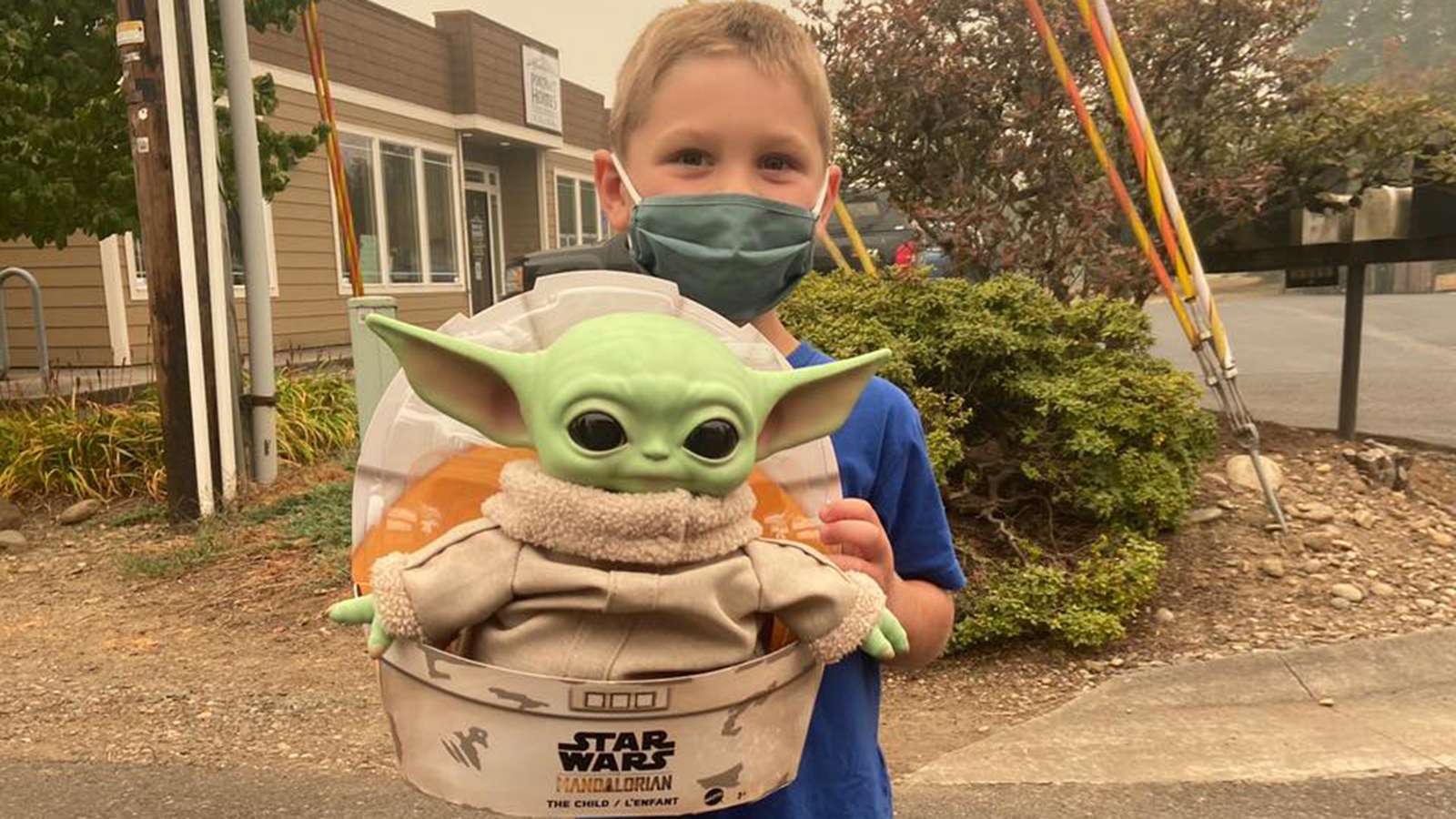 Disney +’s “The Mandalorian” series star Baby Yoda is definitely one of the most famous characters in the vast Star Wars universe.

Since the web television series debuted on Disney+ in November 2019, Star Wars franchise fans and viewers worldwide became smitten with the cute little space toddler. Baby Yoda, officially called The Child in the series, became the theme of a variety of merchandise, including life-sized action figures and clothing apparel. The charming character also made a cameo appearance in the newest Sims game.

In the series, Baby Yoda joined Pedro Pascal’s character Din Djarin/The Mandalorian, in his battles in the galaxy’s outer edges after the fall of the Empire, as shown in events in Star Wars Episode VI: Return of the Jedi.

But even if Baby Yoda exists from a galaxy far, far away, it seems like it paid a visit on planet Earth to give a smile to the dedicated and diligent first responders of the ongoing wildfires in California. Recent images are making rounds in online news, showing the cute little space baby popping all over the place to bring cheer to the weary firefighters.

Based on a recent report from KSAT, the Baby Yoda plush toy was summoned by a five-year-old kid named Carver. The boy included the 50-year-old space toddler’s huggable representation in a pack of supplies that he and his grandmother Sasha Tinning sent to the exhausted firefighters who are bravely fighting the wildfires.

Carver reportedly spotted the adorable alien toy and decided to put him into the box, together with a cute handwritten note that read: “Thank you, firefighters. Here is a friend for you, in case you get lonely.”

During an interview with the same media outfit, Carver explained his kind and thoughtful gesture.

“I have always wanted to help and uplift anyone that’s around me. And this really was a bright spot in a dark time I wanted to share with everyone,” the little boy stated.

Pictures of Baby Yoda being hugged and carried around by grown men fighting the dangerous fires in California’s forests were posted online. Fans would have to figure out where he will go next in his odyssey to bring cheer to the people who are keeping the place safe from the wildfires.

At the moment, more than 18,700 firefighters are working to put off the 27 major wildfires in the state. They are working to contain the 19 new wildfires in California, including the one in Los Angeles County. As of early September, the state passed the record for having the worst year in history for the size of damaged land.

Their battle was made extra difficult by the gusty winds that contributed to the fires’ rapid spread.

It can be difficult to figure out where he will go next in his odyssey to bring cheer to the people who are keeping the place safe from the wildfires.

But one thing is for sure: little Carver is already showing signs that he can be a great Jedi Knight when he grows up. May the force be with him!