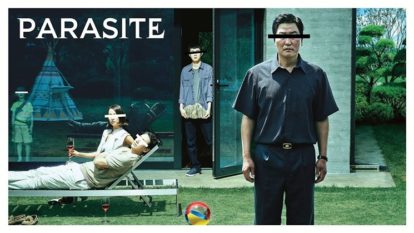 Hollywood movies have ruled over the world for a long time, and people pay little heed to other industries globally. But in the past few years, the Korean industry has diverted and grabbed the global audience’s attention towards their movies and dramas. Plus, Korean movies and dramas are all over the internet.

People love Korean movies; their plots, characters, and direction, have led many to think that some Hollywood movies are no longer worth watching. People state that either Hollywood plot lines are too obvious or are too sensual. Although people still love watching Hollywood movies, there has been a great shift of interest in the audience across the world.

Some Korean movies have won Oscars, gaining high praise from critics around the globe. Here are the top 5 best Korean movies that even Hollywood can’t compete with:

This movie has been appreciated worldwide and has an Oscar award to show for it. It was released in the year 2019, and the audience went gaga over it. According to many people, this movie depicts the reality of human behavior. No Hollywood movie can match the levels set by this incredible Korean film in terms of story, plot, acting, and aesthetics. This movie is genuinely a must-watch!

The emotional and terrifying experience of this movie is a roller coaster ride for the audience. It is one of those movies which grabs people’s attention and immerses them entirely in the characters and the plot of the story. Furthermore, it is an excellent catch for people who love watching horror and emotionally complex stories.  It also has a touch of parenthood and a struggle to fight for life even if you think there is a chance of survival. Everything aside, if you are sensitive or a weak-hearted individual who cannot handle emotional intricacies, you should avoid watching this movie.

This movie was released in 2003, and it is said to be based on actual incidents between 1986 and 1991. The filmmaker of this movie is an Academy award-winner and has put the best of his efforts into this beautiful piece of art. Because it is a real story, this movie doesn’t have a happy ending and thus, is not suitable for sensitive audiences. In this film, the storyteller unfolds the crimes of the first known murderer of South Korea.

This movie is indeed a treat for horror fans and is a lot different from Hollywood horror stories. The characters, dialogues, and story make it better than other movies, which explains why it has been critically acclaimed. It’s a thriller with lots of plot twists and magnificent production. This movie focuses on the story rather than all the other awkward and sensual scenes, one of the main differences between a Korean movie and a Hollywood movie. Although Korean movies portray love and affection even in sensual ways, it is not the center of the movie’s attention, which is all that we see in Hollywood movies.

Ultimately,  Hollywood movies have great storylines, but Korean movies have strongly built characters and a different method of storytelling. The best part of Korean movies is that they have the best aesthetics and know-how to depict beauty within their movies. Perhaps in the near future, Korean movies will overtake the entertainment realm.