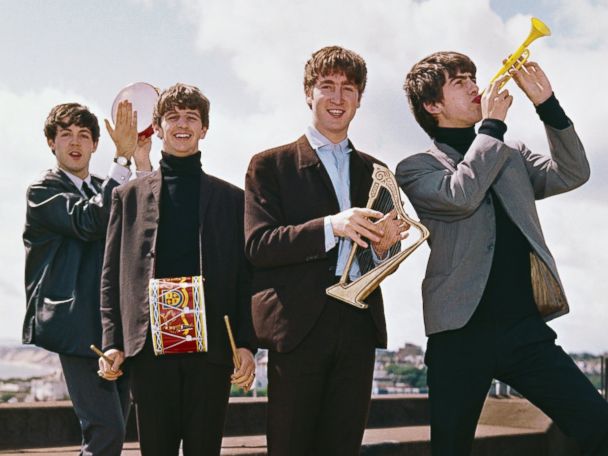 If you’re a music lover, you would love to keep up with different artists’ music. It’s impressive how each artist has their own spin on music and how they end up creating incredible tracks reflecting their music style. Most of them often have a story to tell through their songs, making them even bigger hits as someone always relates to them.

Many artists have come and gone, and some have consistently ruled the charts with their excellent songs. No matter which genre you enjoy, if you love music in general, you’ll also love knowing some trivia regarding which artist sold how many units in a specific period.

Allow us to discuss the highest-selling artists of all time.

We don’t think you’re surprised because we weren’t. The Beatles have been an iconic band for decades, ruling over the hearts of many. They indeed are a global phenomenon as they’ve spawned some chart-topping hits over the past few decades. The Beatles continue to be many people’s favorite band regardless of the time. They’re still pretty relevant, making them top our list of the highest-selling artists.

Again, this shouldn’t come much as a surprise. It would almost be criminal if we’re discussing the highest-selling artists of all time without including the king of rock and roll. Mr. Presley has enjoyed a super loyal fan base and continues to do so even after his death. Elvis Presley introduced the concept of rock and roll music back in the day, earning him the title of “the King”. Considering his significant contribution to music, it makes sense that he comes in at number two.

Led Zeppelin has produced some iconic songs in the last few decades, which has earned the band such a significant name in the music industry. People continue to listen to the band’s tracks, which is a testament to its members’ genius artistry. Many people believe the music scene to be much better back in the late 1900s, so it makes sense why people still enjoy Zeppelin’s music even today. The English band has successfully sold 112.5 million album units worldwide.

All hail the king of pop, and may his soul rest in peace. Michael Jackson came from a musical family, with each member showcasing talent in music. He was a part of the Jackson 5 group, consisting of his siblings. He soon branched out and started to make his own music. To date, Jackson’s dance skills are admired and copied, fetching him the title of King of Pop.

Last but not least on the list is Elton John, who has made a brilliant career in music. Elton John has been a successful solo artist since the 1970s, producing over 31 albums in the last five decades. A musician this substantial will only go on to sell many more units all over the globe. Elton John enjoys a huge global fan base.